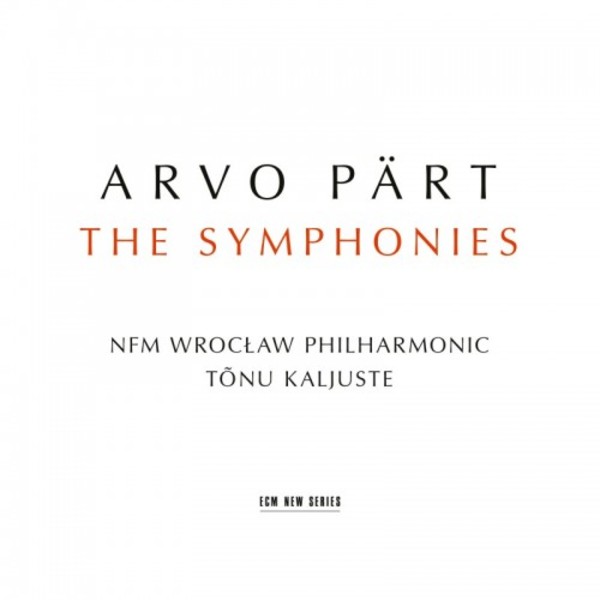 All four of Arvo Pärts symphonies are released on a single disc for the first time, newly recorded with the NFM Wrocław Philharmonic under the direction of one of Pärts most trusted colleagues, Tõnu Kaljuste.

Each of the symphonies, as the great Estonian composer has noted, is a world unto itself. Heard in chronological order they also tell us much about Parts musical and spiritual journey, and the very different ways in which he has exercised his craft. Forty-five years separate his Symphony No.1 (Polyphonic) written in 1963 while he was still a student of Heino Eller, from his Symphony No.4 (Los Angeles) written in 2008, by which time he was (and still is) the worlds most widely-performed contemporary composer, and one whose now famous tintinnabuli-style has become an immediately identifiable artistic signature.

In presenting the works together, Tõnu Kaljuste considers them as if they were a single grand symphony. I perceive Arvo Pärts creations as a biographical narrative, and hope that with the sound of the entirety of the music on this album we can refresh our memory of Pärts journey. It began with an entry into the neo-classical and serialist world, moved on with a composition that incorporated the use of collage, continued under the influence of early sacred music and - with the fourth symphony - arrived at a confession-like music, with a sound world supported by prayer, penitence and suffering.