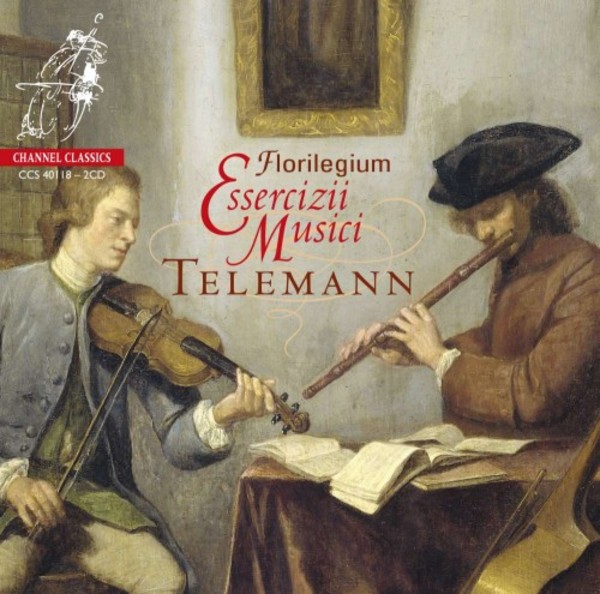 Regular performances in some of the worlds most prestigious venues have confirmed Florilegiums status as one of Britains most outstanding period instrument ensembles. Since their formation in 1991 they have established a reputation for stylish and exciting interpretations, from intimate chamber works to large-scale orchestral and choral repertoire. This double-CD release of Telemanns Essercizii Musici is Florilegiums 27th collaboration with Channel Classics.

In these works in the Essercizii Musici, Telemann combines two basic movement types associated with the early history of the genre: one that is more retrospective and learned in approach and the other that manifests more modern gallant tendencies.

There are too many works in the collection to present here so in this first release we include solo sonatas for most of the instruments together with a group of trio sonatas offering the listener an insight into the different styles and instrumental combinations that make up Telemanns unique sound scape and ensure his music is immediately recognisable. We look forward to bringing you the next set in future years.
 Ashley Solomon (founder & director)
Florilegium:
- Ashley Solomon (baroque flute, recorder)
- Alexandra Bellamy (baroque oboe)
- Bojan Cicic (baroque violin)
- Reiko Ichise (viola da gamba)
- Jennifer Morsches (baroque cello)
- David Miller (archlute, baroque guitar)
- Pawel Siwczak (harpsichord)