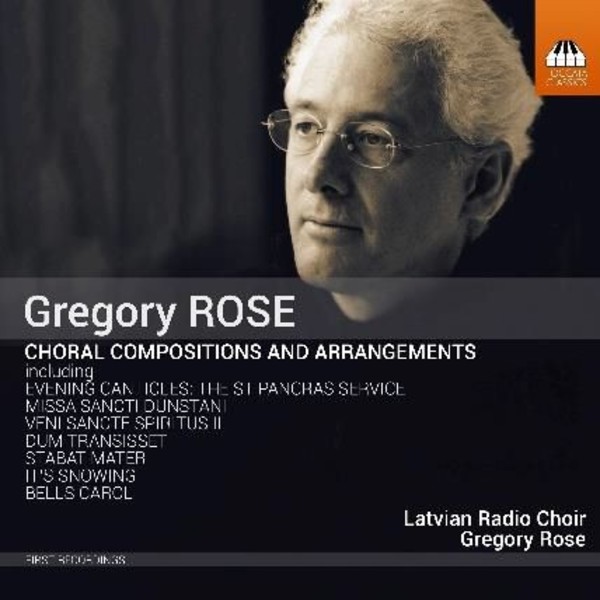 I will (arr. Gregory Rose)

I will (arr. Gregory Rose)

Gregory Rose (b. 1948) absorbed the English choral tradition from his father, the Oxford conductor and composer Bernard Rose. But he has expanded that inheritance with the techniques of European and American modernism, acquired in part during his own conducting career. This conspectus of over four decades of choral music, a vivid combination of original compositions and agreeable arrangements, is being released as part of the celebrations of Gregory Roses 70th birthday. They are sung here with exultant virtuosity by one of Europes leading choirs, conducted by Gregory Rose himself. The arrangements include versions of Paul McCartneys I Will, Cole Porters Evry Time We Say Goodbye and the folksong Scarborough Fair.

Gregory Rose has been composing since the late 1960s, his catalogue including nearly twenty settings of the Mass. His music-theatre work Danse macabre, completed in 2011 and released on Toccata Classics TOCC0284, was described by one reviewer as an absorbing musical masterpiece. The premiere of his Violin Concerto is scheduled for April 2018. He has worked with orchestras, ensembles and choirs throughout Europe and the Far East, particularly in Romantic and contemporary repertoire, and he has conducted hundreds of premieres. He has been a staff conductor at Trinity Laban Conservatoire of Music and Dance in London since 1996.

The Latvian Radio Choir is one of the worlds leading chamber choruses and has worked with many outstanding conductors. Its recording of Rachmaninovs All-Night Vigil (Ondine) was praised by Gramophone in February 2013 as the best recording of the work, and it was with this work that the LRC made its debut at the BBC Proms in London in 2017.