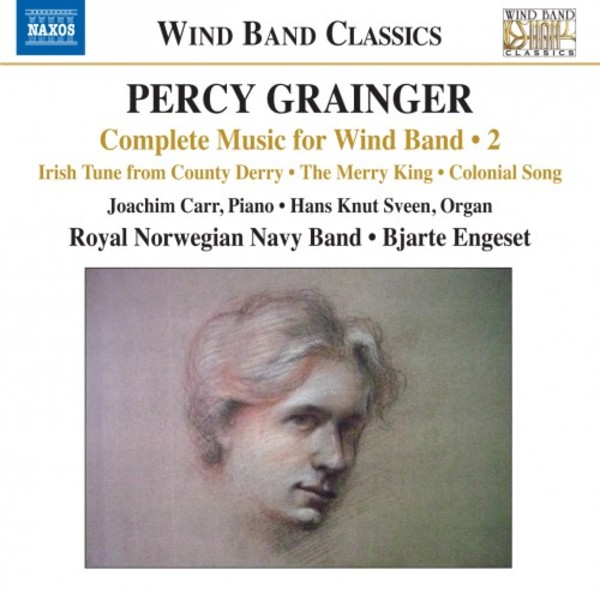 Percy Grainger admired the expressive intensity of the wind band and considered it a more suitable medium for the transcription of early music  such as the Bach and Ferrabosco pieces heard here  than the symphony orchestra. In this second volume of his music for wind ensemble (Volume 1 is on 8573679) there are further examples from the 23 Chosen Gems for Winds, full of his unique elastic scoring, as well as two versions of the Irish Tune from County Derry, one of his most beloved works, and a world premiere recording of Graingers arrangement of his friend Herman Sandbys lovely Intermezzo.

All the scores in this series follow to the letter Graingers specific instructions as to the instrumentation.

As well as the expected Irish Tune from County Derry (The Londonderry Air) there is a very rare variant version included for organ and winds. It is not at all well-known and makes for fascinating points of comparison.

Another disc to be promoted is a recording of Geirr Tveitts music on 8572095 played by the band with the conductor of this Grainger disc, Bjarte Engeset  it received rave reviews; American Record Guide wrote; This fascinating and dramatic music, played by an outstanding band, makes for an hour of terrific listening.