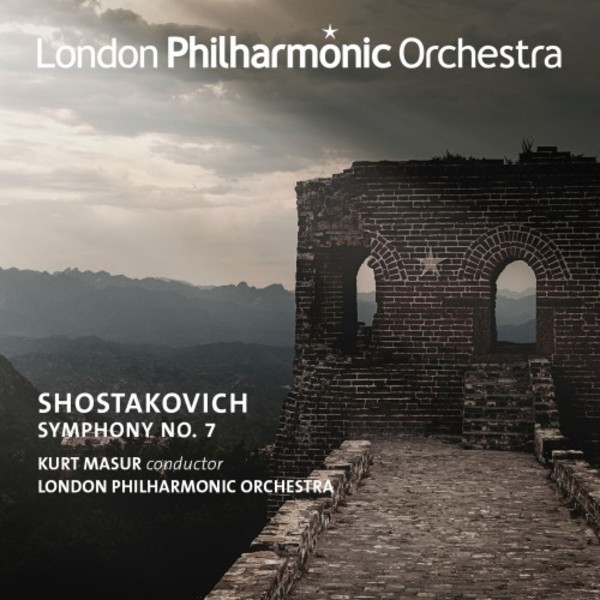 The late conductor, Kurt Masur, had a long relationship with the London Philharmonic Orchestra, dating back to 1987. This recording, made during his tenure as Principal Conductor (20002007), highlights the close relationship between Conductor and Orchestra.

This release adds to a growing collection of Shostakovich symphonies on the LPO label. Previous recordings featuring Kurt Masur have been praised for their emphatic style and serious class. The most recent Shostakovich release (LPO0080: Symphony Nos.6 & 14, Vladimir Jurowski) was described by BBC Music Magazine as the most stunning Shostakovich disc I have heard this year.

The Symphony was recorded live at Southbank Centres Royal Festival Hall and was described at the time as a deeply moving and revelatory experience and overwhelmingly powerful (Musicweb International).

The Leningrad Symphony is a true monument to one of the darkest times in recent history. Its famous Invasion theme portrays a brooding sense of unease as an enemy approaches. It was written to bolster the people of the besieged city of Leningrad; its Leningrad premiere in summer 1942 was broadcast through loudspeakers during the siege as an act of defiance.

The London Philharmonic Orchestra gave the UK premiere of this Symphony (its first performance outside Russia) in June 1942, after the score had been smuggled out of occupied Russia to the West on microfilm.

Masur and his outstanding players received rapturous applause from a packed RFH ... We are fortunate indeed that this concert was recorded  Alex Russell Musicweb International, December 2003