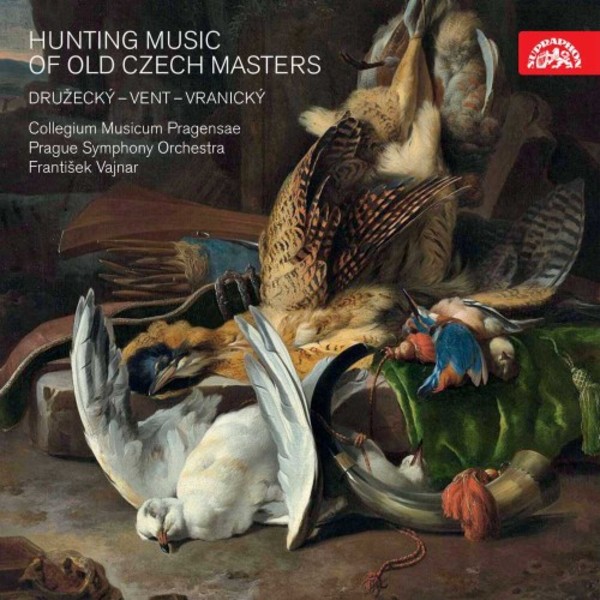 Hunting cannot be thought about in isolation from the sounds accompanying it  the barking of dogs, the shrieks of frightened quarry, the shots, and the sound of horns and trumpets. Signal instruments and the atmosphere of chase gave rise to the special genre of hunting music. The quintessential hunting-related instrument is the French horn, which became widely used in Bohemia after 1760, owing to Count Franz Anton von Sporck. Yet hunting music, for a variety of ensembles (including the wind Harmonie), was also played at feasts and other social events. Hunting-themed pieces  cassations, serenades, partitas (many of them termed caccia or la chasse)  indicated their connection with hunting by the selection of instruments, the typical harmonies and melodies, as well as by featuring onomatopoeic effects, such as the sounds of animals and birds, and sonic renditions of buoyant merry-making in the wake of the hunting expedition. The music featured on the present CD was written by three Czech representatives of high Classicism. Jiří Druecký and Jan Nepomuk Vent composed numerous popular pieces for wind instruments. Pavel Vranický, a friend of Haydn and Beethoven, who both chose him to conduct their works, was a distinguished theatre figure in Vienna. Let yourself be immersed in the captivating hunting atmosphere and the subsequent feast.
Recorded in Prague at the Domovina Studio, 18 December 1970 (Druecký), 15 January 1971 (Vent) and in the Smetana Hall of the Municipal House, 13-20 March 1971 (Vranický)