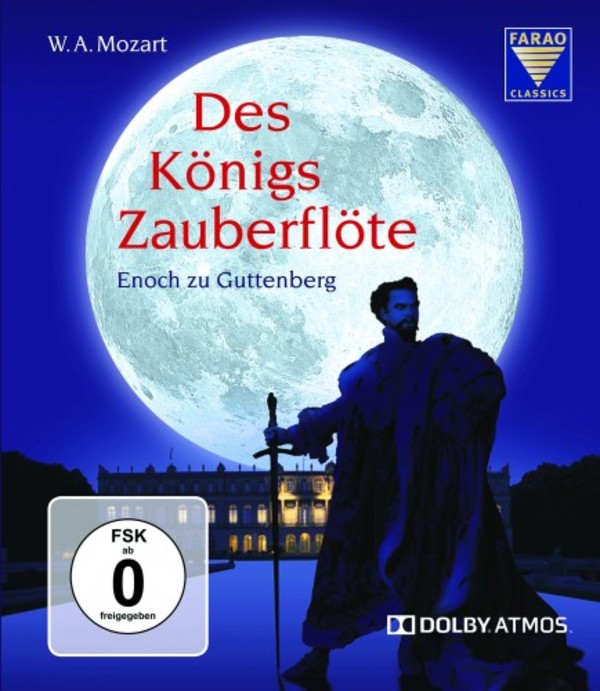 Mozart and the Majesties: Role-Playing among Royals

The old Papageno remembers  he is plunged unexpectedly into the past and gets mixed up in an illustrious assembly that has gathered to perform Mozarts Magic Flute.

The aristocratic actors: Ludwig II in person (Sarastro), Emperor Franz Joseph (Tamino), his mother Sophie (Queen of the Night), Empress Elisabeth (Pamina) and other members of the political elite of the time. Each of them takes on one of the well-known roles under the critical eye of the (real) Papageno, who observes the amateurish efforts of the protagonists with growing indignation.

The audience is presented with a cunning play within a play.

This version of Mozarts Magic Flute, which was performed for the first time at the Herrenchiemsee Festival in 2010 under the direction of Enoch zu Guttenberg, draws on a common 19th-century practice: in aristocratic families, putting on classic German theatre works in extravagant amateur performances was a ritual designed to show off a good education. Ludwig II of Bavaria also stood in this tradition of aristocratic passion for the theatre. However, the scenario as presented here is fictitious.

The role of the real Papageno is played by the actor Gerd Anthoff. Simultaneously involved in the plot and yet detached from it, he recounts to the audience the true story of the Magic Flute, making comments and corrections, all while entering into fantastical collaborations with his singer double.

This way, opera in the cinema is almost more fun than in the theatre  Donaukurier