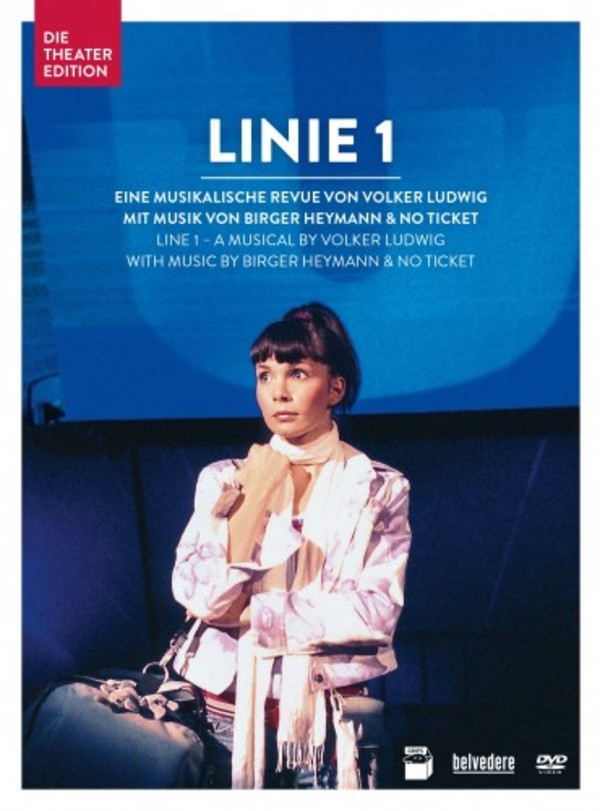 Linie 1: a musical by Volker Ludwig

Linie 1: a musical by Volker Ludwig

A young girl runs away from her provincial hometown, and ends up at Bahnhof Zoo, searching for her Prince Charming, a rock musician from Berlin. She gets stuck in the underground Line 1 and encounters a kaleidoscope of urban characters and their fates. Her naivety acts as a catalyst provoking contacts, actions and reactions, which otherwise would not take place.
Its a show, a drama, a musical about living and surviving in a large city, hope and adaptation, courage and self-deceit, to laugh and cry at, to dream, and to think about oneself.
Line 1, after Brechts Threepenny Opera, is the most successful German musical worldwide. Thanks to over 150 German-language productions, adaptations in 20 countries (in Seoul alone it has been performed 4,000 times) and GRIPS guest appearances in all parts of the world, Volker Ludwig has for many years been the most frequently performed living German author.
On the occasion of its thirtieth anniversary on 30 April 2016, Line 1 will have its 1,723rd performance in the GRIPS Theater Berlin. So far, we have been on tour in 15 different countries  (Volker Ludwig).
Recorded live at the GRIPS Theater Berlin, 2006
Language: German
Subtitles in German, English, Korean
Running time: 175 min.
Format: 16:9
Region: 0 / NTSC

Ravel - Concert for a Deaf Soul

Dvorak - Symphony no.9; Mussorgsky - Pictures at an Exhibition (DVD)