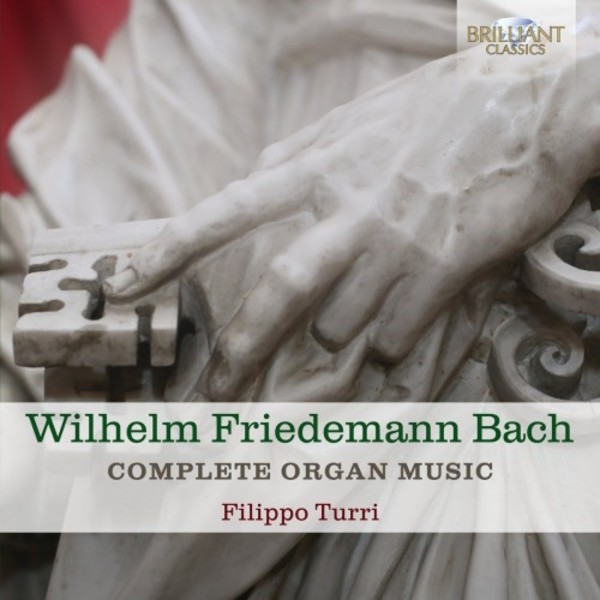 If the engagingly unpredictable idiom of CPE Bach has overshadowed the work of Johann Sebastians other musical sons, Brilliant Classics has been gradually righting this wrong with a series of recordings dedicated to the other out‐and‐out genius among them, Wilhelm Friedemann. Without the taste for fashionably abrupt turns of phrase and thought which distinguish CPEs Sturm und Drang language, nonetheless WFs music occupies that fast‐evolving chronological and aesthetic space between what we now think of as the Baroque and Classical periods.

Unlike his brother, Wilhelm Friedemann was a church musician in the lineage of their father. At the age of just 23 he was appointed principal organist at the church of St. Sophia in Dresden, and in 1747 became Musikdirektor and organist at the Church of Our Lady in Halle. After almost 20 years there, moved to Leipzig, then Braunschweig, followed by Göttingen and lastly Berlin, where he was offered an honorary (unpaid) post of Kapellmeister. He died in poverty in 1784, entirely forgotten by the musical community.

The organ music that has survived is dwarfed by his fathers output for the instrument. There are four sets of fugues, and a collection of just seven choral preludes. In fact the chromatic richness of the fugues brings to mind the grand, tormented examples composed by Beethoven in the last years of his life. As such, they are like problems to be solved, like containers that are no longer sufficient to encompass the composers intrepid discourse and abundance of feelings. Even so, WF was still writing this music in the shadow of his late father: one F major fugue inevitably uses the B‐A‐C‐H motif which crowned The Art of Fugue.

Filippo Turri plays two recent Italian instruments: the organ by Francesco Zanin in the Church of SantAntonio Abate, Padua; and for the more intimately scaled works, an orgelpositiv (without pedals) by Luigi Patella.

Sacred Music of the Bach Family