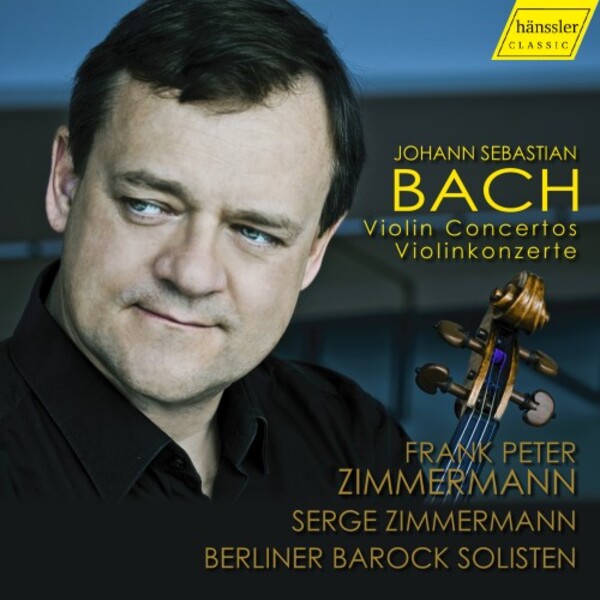 Frank Peter Zimmermann is widely regarded as one of the foremost violinists of his generation. He has performed with all the major orchestras in the world, including the Berliner Philharmoniker, with whom he made his debut in 1985 with Daniel Barenboim; the Wiener Philharmoniker, with whom he played for the first time in 1983 with Lorin Maazel in Salzburg; the Royal Concertgebouw Orchestra, all of the London orchestras, as well as all the renowned American orchestras. Zimmermann is a regular guest at major music festivals including Salzburg, Edinburgh and Lucerne. Over the years he has built up an impressive discography for EMI Classics, Sony Classical, BIS, Ondine, Hänssler, Decca, Teldec and ECM. He has recorded virtually all of the major concerto repertoire, ranging from Bach to Ligeti, Dean and Pintscher; the six solo sonatas of Ysaÿe; the 24 Caprices of Paganini and the complete Violin Sonatas of J.S. Bach and Mozart. Born in 1965 in Duisburg, Germany, he started learning playing the violin with his mother when he was 5 years old. He studied with Valery Gradov, Saschko Gawriloff and Herman Krebbers. He plays on a 1711 Antonius Stradivari violin Lady Inchiquin, which has been kindly provided by the Kunstsammlung Nordrhein-Westfalen, Düsseldorf, Kunst im Landesbesitz.