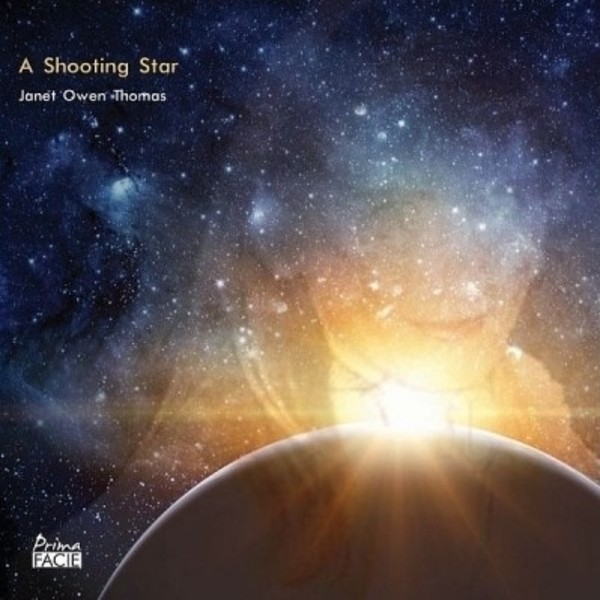 A Shooting Star: The Music of Janet Owen Thomas

This collection of recordings is a celebration of the life and work of composer Janet Owen Thomas who died tragically young at the age of just 41, in 2002. The works are performed by various artists including Simon Passmore, Jane Ford, Kay Stephen, The Golden Ensemble, The Bingham Quartet and Richard Casey.

Janet Owen Thomas leapt to prominence with the UK premiere of Rosaces at the 1991 BBC Proms, where she was the youngest composer featured that year. The work has now been performed in over a dozen countries world-wide. Born on Merseyside of Welsh and German parentage, Janet Owen Thomas was already composing actively when she entered Merchant Taylors Girls School, before reading music at St Hughs College Oxford where her teachers included Jane Glover and later Robert Saxton (composition). In 1984 a James Ingham Halstead Scholarship took her to Hamburg to continue her studies with Ligeti: it was also the year she received the commission for Rosaces from the distinguished German organist Johannes Geffert.

During her career, Owen Thomas was commissioned or performed by the BBC, Goldberg Ensemble, Park Lane Group, the Allegri and Bingham Quartets, Gemini, Boccherini String Trio, Stephen De Pledge, Mary Wiegold, Lontano, Kevin Bowyer, The Option Band and others. She lived and worked in York dividing her time among teaching, writing and composition; at the time of her sudden death in June 2002 she was about to embark on a commission for a concertante work for organ, strings and percussion.

It is obvious from the first note of Rosaces that Janet was, and remains, a very special composer and this CD is in her memory.

The Piano Music of Anthony Burgess