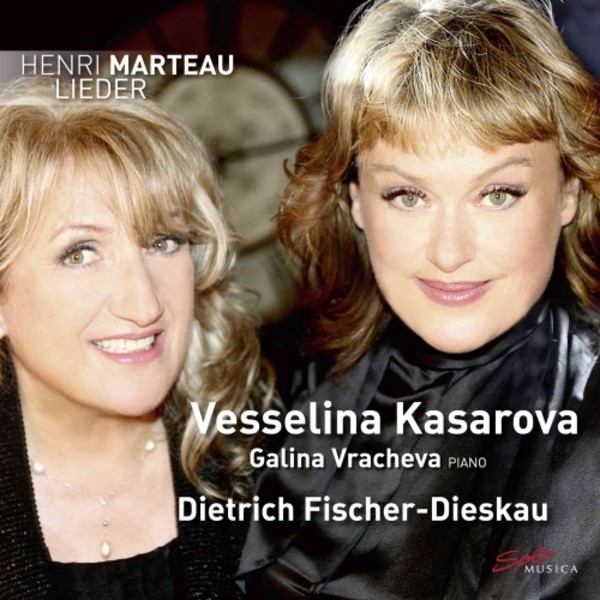 "Composed during the period of protective custody between 1915 and 1917", Henri Marteau notes on the cover of the sketches for the cycle Opus 19c. He originally wrote the eight songs "... pour chant avec accompagnement de quatuor d'instruments à archets", but then asks the Bulgarian composer Pantcho Wladigueroff, who is born in Zurich, for an arrangement for piano and voice. The poems which he carefully sets to music are by Sully Prudhomme and François Coppé, and they depict the vivid and symbolical nature and the rain, the Bretagne, the sea and the pretty grisettes who visit their lovers after work. The musical language of Marteau is poetic, atmospheric, most of the songs are at a slow pace, the moods are cloudy and in minor. In the eight songs with piano accompaniment of Opus 28, on the other hand, Marteau sets to music German poems by Hölderlin, Otto Julius Bierbaum, Emanuel Geibel, Martin Greif and the Romanian queen of German descent, who wrote under the pseudonym Carmen Sylva. The songs are shorter, the harmonies more compact, the tempi more fluid and the basic mood is now major.

Vesselina Kasarova has given concerts and recitals throughout Europe, the USA and Japan. The pianist Galina Vracheva is among a handful of pianists who master the art of classical improvisation. Her improvised cadenzas in piano concertos from Mozart to Rachmaninov and her instant compositions on themes spontaneously suggested are the delight of her audiences in concert halls worldwide. Marteaus daughter Raymonde Linsmayer told the first artistic director of Haus Marteau, Prof. Dr. Günther Weiß, many years ago that there is a recording of the five Schilflieder for baritone with piano and obligatory viola op.31, sung by Dietrich Fischer-Dieskau. These recordings are preserved by the sound archive of the Norddeutscher Rundfunk, which has kindly agreed to a release.