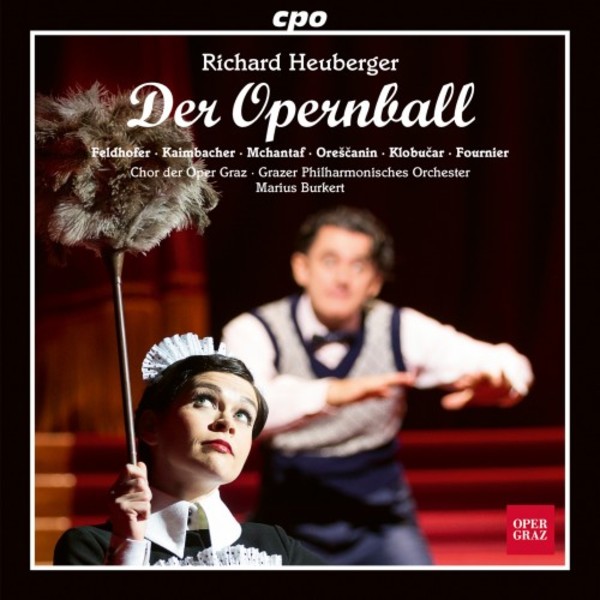 Der Opernball (The Opera Ball) is a charming, hot-blooded operetta that delights audiences not only with its comedy of errors and confusing events but also with its classics like Komm mit mir ins Chambre séparée  in an unforgettable musical setting by the Graz composer Richard Heuberger. It is a piece of Graz music history  and it was staged and recorded at the Graz Opera. During the Carnival season two wives devise a marital fidelity test for their husbands at the opera ball. A competition between the sexes and erotic adventures ensue. When the protagonists return home with hangovers on the following morning, many questions remain open: Who was with whom, when, and where? What has this one night changed? How, where, and with whom will life go on? Following the first performance, Der Opernfreund wrote, Margareta Klobučar sang outstandingly. Sieglinde Feldhofer is a special favorite of the Graz public. She sang her part with a clear voice and flawless technique. And the male roles too were superbly cast.