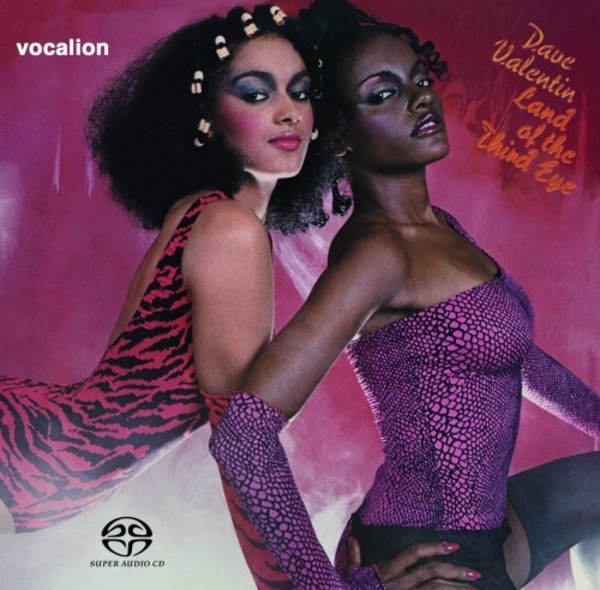 Flautist extraordinaire Dave Valentin, who passed away in March 2017 at the age of 64, was not only one of the instruments great virtuosos but also a leading exponent of Latin jazz. Born in the South Bronx in 1952, he grew up listening to the music of such Latin icons as Johnny Pacheco, Richard Egües, Tito Rodriguez and Tito Puente. By the age of ten he was playing percussion in New Yorks Latin clubs and by sixteen had enrolled at New Yorks High School of Music and Art as a percussion major. Switching to flute, he studied with Hubert Laws and later joined the bands of pianist Ricardo Marrero and percussionist Manny Oquendo. Turning pro in the early 70s, he would perform in Africa, Brazil and the Philippines, play with Latin supergroup the Fania All-Stars at Madison Square Garden and begin to receive plaudits from music industry giants such as Quincy Jones.

In 1977, Valentin was invited to play on the demo sessions for violinist Noel Pointers Phantazia album, which was being overseen by GRP, the production company of arranger-composer-pianist Dave Grusin and recording engineer Larry Rosen. Grusin and Rosen were so impressed with Valentin that they asked him to participate in the sessions for Grusins upcoming One of a Kind album. Unbeknownst to Valentin, Grusin and Rosen were also about to sign a deal with Arista Records that would see the creation of a new imprint, Arista GRP. On the lookout for artists, Grusin and Rosen immediately thought of Valentin, who quickly found himself on the receiving end of a recording contract.

Valentins first two albums for Arista GRP, 1978s Legends and 1979s The Hawk, were both critical and commercial successes, and his third album, 1980s Land of the Third Eye, which Vocalion has reissued, continued that thread, balancing funk and R&B with the flautists unique brand of Latin jazz. The album contains the jazz-funk staple Sidras Dream, while other tracks include covers of Earth, Wind & Fires Fantasy and The Doobie Brothers Open Your Eyes, plus two Valentin originals. The flautist is backed by an all-star lineup featuring Marcus Miller and Lincoln Goines (bass guitars), Buddy Williams and Tito Marrero (drums), Dave Grusin (keyboards), Michael Viñas (guitar) and Roger Squitero (percussion). This reissue, comprising both standard PCM CD and high-resolution stereo SACD layers, marks Land of the Third Eyes first ever appearance in CD or SACD format, and includes a lengthy liner note detailing Valentins career and music.