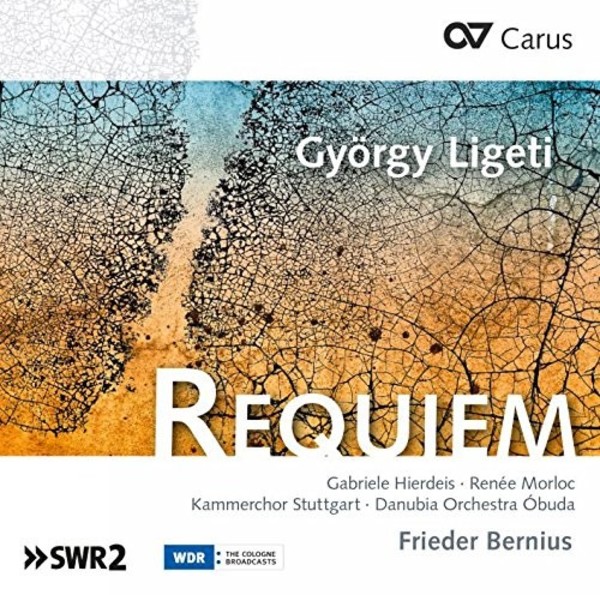 For me György Ligeti is the most important composer of the second half of the 20th century said the conductor Frieder Bernius about the composer who died in 2006. The underlying composition of the CD is a recording of the Requiem with the Kammerchor Stuttgart, recorded in early 2006, which Ligeti himself praised as being an outstanding interpretation. The Requiem is being issued for the first time together with Ligetis Lux aeterna which, so to speak, represents, with regard to its content, a completion, as Ligeti had not set this in his Requiem, even though it is the final sentence of said liturgical text. These two works are supplemented by transcriptions by Clytus Gottwald, the dedicatee of the Lux aeterna, in which he professedly orientates himself according to Ligeti's microtonality.