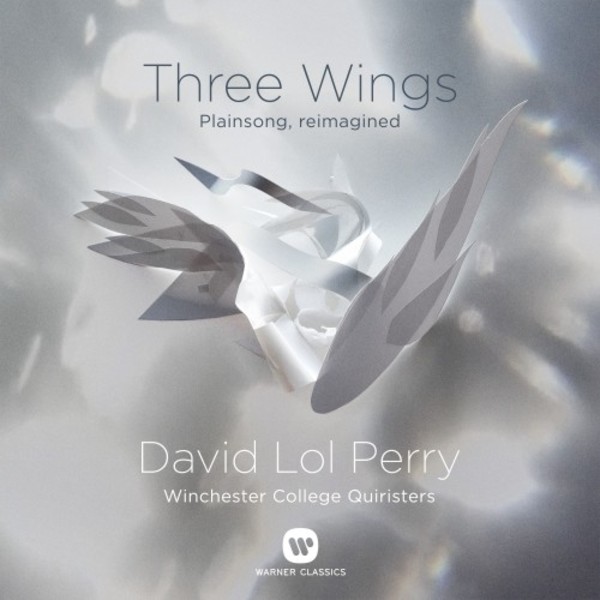 Three Wings is a sublime collection of 14th-century plainsong reimagined for the 21st century with added electro-acoustic instrumentation by composer/producer David Lol Perry, and featuring the heavenly voices of the Winchester College Quiristers.
In 2014, Malcolm Archer, Director of Chapel Music at Winchester College, keen to broaden the audience for his boy Quiristers sound, invited composer/producer David Lol Perry to record with them, suggesting he add new, contemporary arrangements to plainsong to be sung by the Quiristers, pieces traditionally sung a cappella.
The project began with the complex task of recording the assembled boy Quiristers within the walls of the 14th-century College Chapel, and to overcome its unique set of acoustic challenges. Keen to avoid the clichéd sound of sample-based, overly-quantised arrangements, Perrys aim was to create an ethereal sound that added intimacy, serving to complement rather than dominate the centuries-old sung melodies. He set about this by employing an array of electro-acoustic studio production techniques to create contemporary, sympathetic arrangements, building a sonic journey into each piece to maintain its traditional structure and lyrical narrative.
The concept 'Three Wings' is taken from Abbess St Hildegard of Bingen's 'O Virtus Sapientiae', a medieval plainsong text in which she sees 'Divine Wisdom' (Sapientia), a figure personified in the Old Testament, as 'having three wings, of which one soars to the heights and another sweats on the earth and a third flies everywhere' and was one of Hildegards most constant visionary companions.  David Lol Perry
Tracklisting:
1. Salve Virgo Virginum
2. Flos Regalis Virginalis
3. Ave Maris Stella
4. Gaudens In Domino
5. Peperit Virgo
6. Laudemus Virginem
7. Puer Natus Est Nobis
8. Sainte Nicholaes Solem
9. Missa de Angelis: Sanctus
10. Missa de Angelis: Agnus Dei
11. O Filii Et Filiae
12. Creator Alme Siderum
13. Paradisi Portae
14. Missa de Angelis: Kyrie Eleison
15. Salve Regina
16. Sainte Nicholaes Gloria
17. Uterus Hodie Virginis Floruit