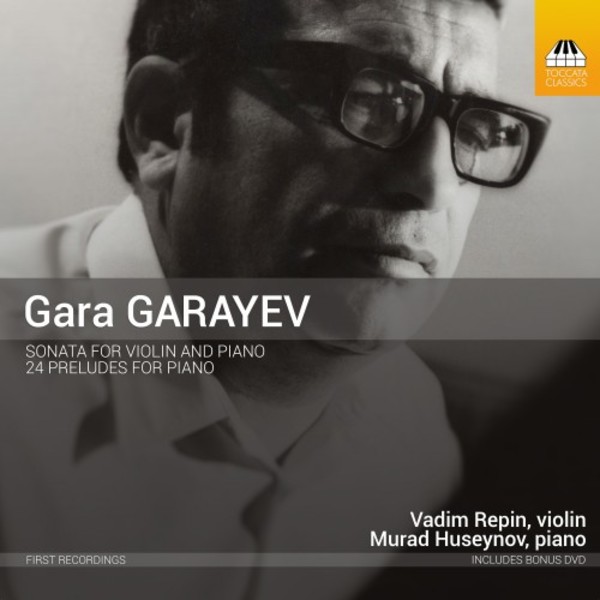 Gara Garayev (191882) was the leading Azerbaijani composer of the twentieth century. His music fuses the western traditions exemplified by his teacher Shostakovich and the classical and folk heritage of his homeland. The two works recorded here illustrate Garayevs stylistic range: his Violin Sonata (1960) is Neo-Classical in manner, whereas the 24 Preludes (195163) combine influences from the Russian piano school (not least Prokofiev) with elements from Azerbajaini modes and the rhythms of Arabic-Persian lyric poetry.

This recording introduces the stellar violinist Vadim Repin to the Toccata Classics label. The presentation includes a bonus DVD of the film Sonates dautomne, shot during the recording of this album.

Vadim Repin was 11 when he won the gold medal in all age categories in the Wieniawski Competition and gave his recital debuts in Moscow and St Petersburg. At 14 he made his debuts in Tokyo, Munich, Berlin and Helsinki; a year later he first played in Carnegie Hall. At 17 he was the youngest-ever winner of the Queen Elisabeth Competitions. Since then he has performed with all the worlds major orchestras and conductors. In 2010 he received the Victoire dHonneur, Frances most prestigious musical award for a lifetimes dedication to music, and became Chevalier de lOrdre des Arts et Lettres.

Murad Huseynov combines the life of a concert pianist with teaching  he is an associate professor of piano at the Hajibeyli Baku Academy of Music  and with arts administration, as director of the International Mugham Centre in Baku (since 2011). He has been awarded the honorary titles Honoured Artist of the Republic of Azerbaijan (2005) and Peoples Artist of the Republic of Azerbaijan (2011). In 2011 he was awarded the medal of the French Senate and in 2012 received the Ordre des Arts et des Lettres by the French Ministry of Culture.