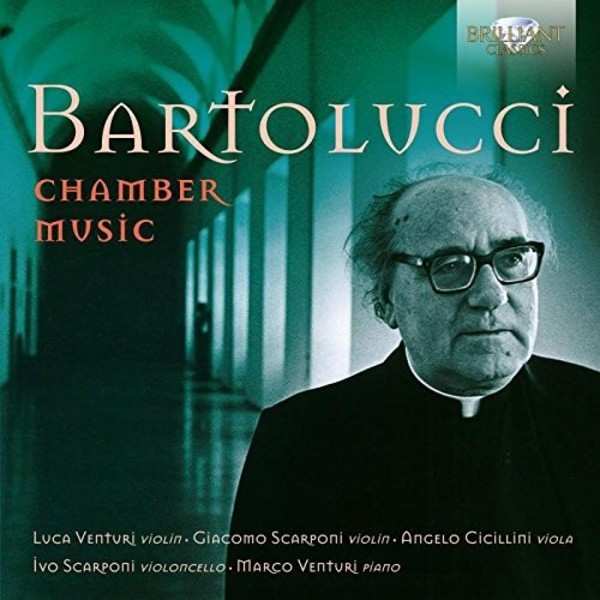 Domenico Bartolucci was in some ways a 20th‐century descendant of the liturgical musicians who composed for the church  and especially the Catholic church in Italy  during the 16th, 17th and 18th centuries. Born in 1917, he was appointed Master of Music at the Sistine Chapel in the Vatican, but he also taught at the Accademia Nazionale di Santa Cecilia in Rome. Most of his considerable output was, naturally, sacred in form and purpose: not only motets and mass settings but symphonic oratorios and even a sacred opera based on the life of the painter Brunelleschi. He was appointed a cardinal in 2010 and died in 2013.
Very little of his music has been recorded. Here, however, is a new studio recording of his chamber music, made in the Pontifical Institute for Sacred Music in Rome. The genre of Prelude, Intermezzo and Fugue implies a keyboard work of the type written by Bach or Franck; here, however, are two examples scored for violin/cello duet and for string trio, both demonstrating Bartoluccis considerable mastery of counterpoint. They are joined by a Piano Trio with a lovely second‐movement Canzone, and a Violin Sonata of engaging richness: there are moments of great passion in the first movement, of elegiac delicacy in the slow movement, grotesque elements in the third movement, and a luminous fluidity reminiscent of Mozart in the finale.
The language itself is comparatively conservative  as one would expect from his training and position, Bartolucci was no modernist  but also melodically appealing, and always sympathetically written for his forces. The instrumentalists recorded here have been performing Bartoluccis music for over two decades: they are uniquely authoritative interpreters of an idiom that prizes beauty above all things.

Brilliant Classics and a band of musicians have now put together a well-recorded Bartolucci introduction. The Piano Trio in A Major, for the standard configuration of instruments runs to almost half an hour. The four movements include a broad and liltingly romantic Allegro moderato. ... The unusually scored (unless you are Kodály) Prelude, Intermezzo and Fugue for violin and cello is fugally and busily patterned with an Intermezzo to anchor the structure in place. ... With the Violin Sonata in G Major Bartolucci returns to the unbuttoned romance of the Trio. The violin sings its heart out in first movement rather in the manner of Schoeck and Marx.  Rob Barnett
MusicWeb International November 2018