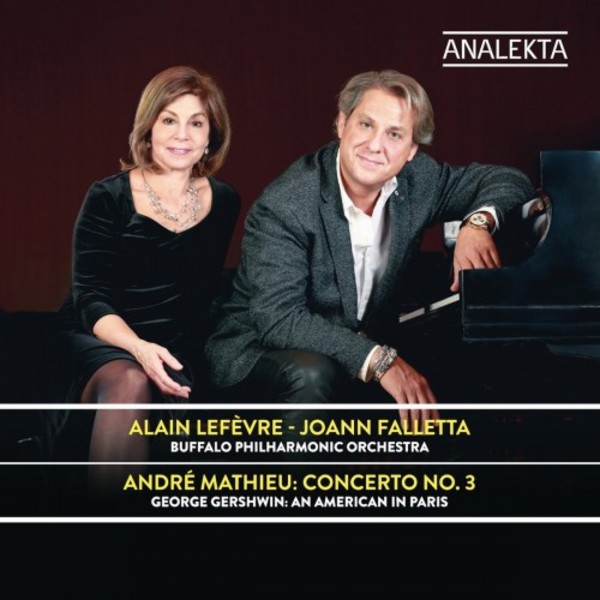 Mathieu - Piano Concerto no.3; Gershwin - An American in Paris

This new album by the great pianist and composer Alain Lefèvre unveils the results of three years of hard work by Jacques Marchand, George Nicholson and Alain Lefèvre aimed at restoring André Mathieus famous Concerto No.3. Presented as a world premiere in February 2017 in Buffalo, the reconstituted concerto was enthusiastically received by the audience.

It was in the fall of 1942, 75 years ago, that young Québec prodigy André Mathieu, just 13 years old and at the peak of his glory, began writing his Concerto No.3, which he would finish the following summer. In 2008, George Nicholson discovered the original score of André Mathieus Concerto No.3 written in the Québec composers own hand. The differences, which were noteworthy, between this original score and the Concerto de Québec, the well-known, modified, version of the work, were the starting point for an enormous undertaking aimed at restoring this masterwork of Mathieus.