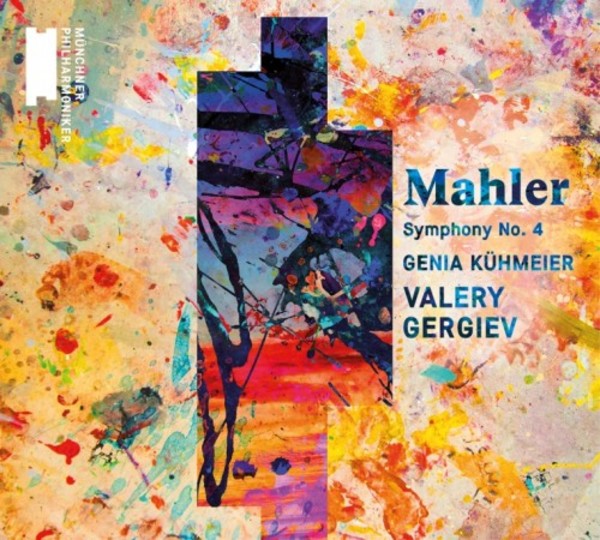 Gustav Mahler and the Munich Philharmonic share a very special connection. As a composer he sustainably linked the 19th-century Austro-German tradition and the modernism of the early 20th century. The world premiere of his Symphony No.4 took place under his baton on 25 November 1901 in Munichs Großen Kaim-Saal with the then-named Kaim-Orchester  the present-day Munich Philharmonic. His works have been a substantial part of the Munich Philharmonics core repertoire ever since and the orchestra has excelled on many occasions.

After the outstandingly successful first MPHIL release of Mahlers Symphony No.2, now follows the release of the Symphony No.4 with which the orchestras history is so closely intertwined. The live concert recording released on this album took place at the Philharmonie im Gasteig in Munich, the orchestras home, with Salzburg soprano Genia Kühmeier. Another critically acclaimed performance took place in New Yorks Carnegie Hall: Mahlers 4th Symphony was the real payoff, with exceptional playing from the strings and with the song of the finale gorgeously sung by Genia Kuehmeier (The New York Times, 6 April 2017).

Valery Gergiev has paid the Austro-German repertoire particular attention throughout his career, which ignited a lasting fascination for Gustav Mahler. Over recent decades he has continued to explore the Austro-German repertoire, garnering adulation, especially for his interpretations of Wagner, Strauss, Mahler and Bruckner  music that is at the very heart of the Munich Philharmonics repertoire.  This second season with Maestro Gergiev as principal conductor has continued a stimulating artistic relationship with the orchestra. This success is repeatedly confirmed and reinforced by the audience, international and German press.