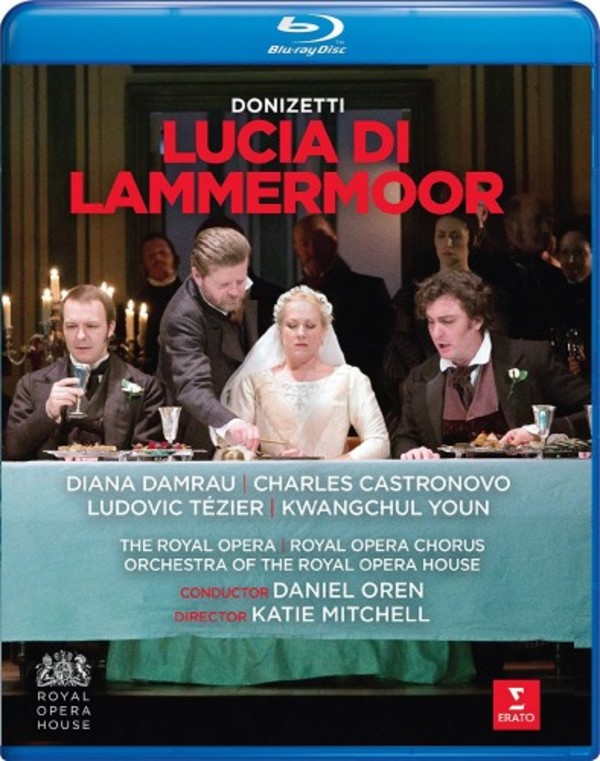 Diana Damraus reputation as the worlds leading coloratura soprano has been built on her extraordinary technical virtuosity, her sensitive musicianship and her acute psychological insight. In this DVD of Katie Mitchells sometimes radical production of Lucia di Lammermoor from Londons Royal Opera House, she is, as the Financial Times wrote, brilliantly convincing.

At Londons Royal Opera House, the British award-winning director Katie Mitchell  whose Aix-en-Provence production of Handels Alcina was released on DVD by Erato in 2016  took a revisionist approach to the drama, updating the action to the mid-19th century and applying a feminist slant as she added new and unexpected elements. The Financial Times wrote: Mitchell shows us on stage personal traumas that a self-respecting woman in the early 19th century was meant to keep to herself. It is a messy, bloody list  nocturnal sex trysts, a knife murder, a miscarriage, a suicide in the bath  In all this Damrau is brilliantly convincing. Her rebellious Lucia is a woman of modern attitudes stuck in a still feudal Victorian world. Mitchell also made extensive use of a split screen effect on the stage, counterpointing two different pieces of action at key moments.