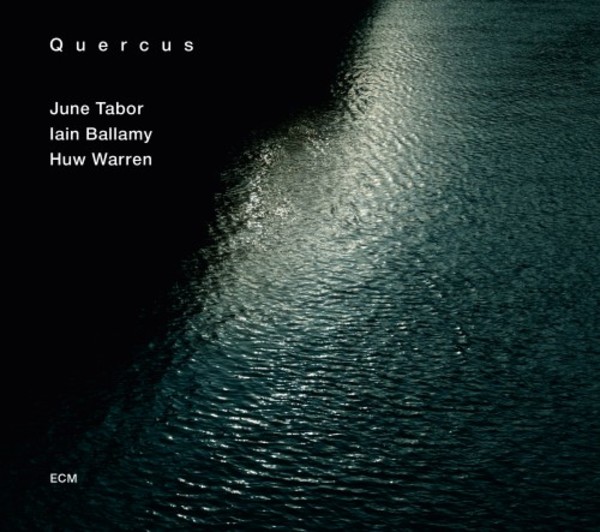 Quercus means oak in Latin and the roots of this particular tree dig deep into British folk music, while leaves and branches reach upward to embrace jazz-inspired lyrical improvising. The trio features the venerable English singer June Tabor whose dark voice has an uncanny ability to underscore the emotional essence of a ballad: As I get older, I understand more the depths of sorrow and joy that made the song, she has said. Tabor, who was recently voted BBC Folk Awards Singer Of The Year, is joined in the Quercus project by Welsh jazz pianist and composer Huw Warren, and by English saxophonist Iain Ballamy, well-known to ECM listeners as co-leader of the band Food. This is the first Quercus album but the trio has existed already for seven years, patiently developing its unique idiomatic blend.
Tracklisting:
1. Lassie Lie Near Me  (traditional)
2. Come Away Death  (traditional, Iain Ballamy)
3. As I Roved Out  (traditional)
4. The Lads In Their Hundreds  (George Butterworth)
5. Teares  (Huw Warren)
6. Near But Far Away  (Iain Ballamy)
7. Brigg Fair  (traditional)
8. Who Wants The Evening Rose  (Yosef Hadar)
9. This is Always  (Harry Warren)
10. A Tale From History  (David Ballantine)
11. All I Ask Of You  (Gregory Norbert)