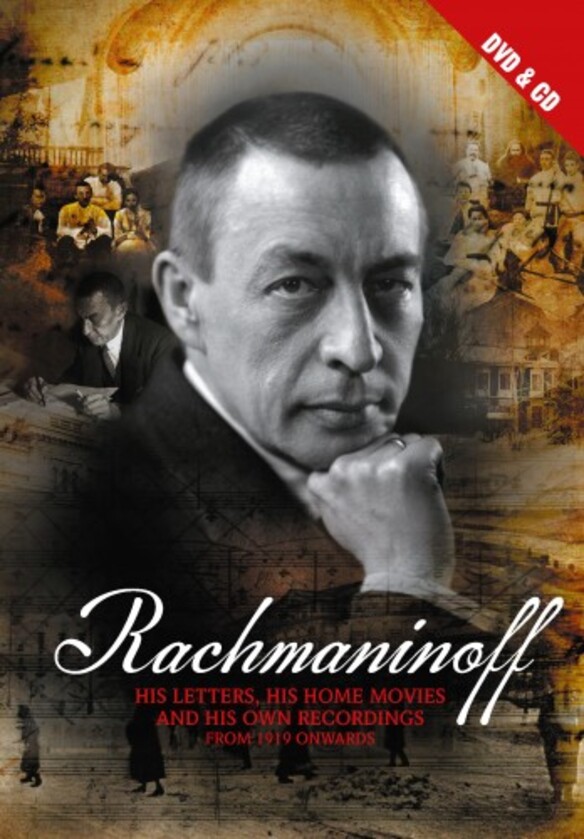 Rachmaninoff: His Letters, His Home Movies and His Own Recordings (DVD + CD)

» no.2 in A minor
Hopak from Sorotchinsky Fair (Mussorgsky)
Morceaux de fantaisie, op.3

» no.2 in A minor
Hopak from Sorotchinsky Fair (Mussorgsky)
Morceaux de fantaisie, op.3

It was while making my 1998 film about the great composer The Harvest of Sorrow that his grandson, Alexandre, made available to me three priceless sources of archive material. First, he gave me exclusive access to Rachmaninoff s own home movies, mostly shot originally on 8mm celluloid in the 1930s in France and in Switzerland; second, a stash of letters, most unpublished in the West, most written after Rachmaninoff had taken up exile after 1917 in the United States, France and Switzerland, letters to his daughters Tatiana (Alexandres Mother) and Irina, as if by way of explanation as to what had happened to the composer during his life and particularly his pre-1917 life about which the daughters can have had no first hand knowledge; and third some recordings made by the composer himself soon after had had arrived in the United States in 1919, originally at the behest of Thomas Edison himself.
The letters formed the backbone of my 1998 film, read unforgettably by the 94 year-old Sir John Gielgud, almost the last substantial recording he made before he died. The home movies, a few of which I had used in the main film, are here gathered together and digitally restored as best we could from the material we had. And the recordings, most of which (Alexandre told me) had long since been deleted  use them if you need in your film, he had told me. As it turned out, I had no need, given that most of the music was wonderfully re-recorded by Valery Gergiev and the Mariinsky Orchestra and Choir.
But here on the accompanying CD are those recordings, given to me by Alexandre, the tracks of which are listed below, reaffirming what an astonishing pianist he was. And here are the letters, substantial extracts of which are reproduced in the DVD booklet. And finally, on the DVD, the home movies, which are accompanied by Rachmaninoff s own 1934 recording of the famous Variations on a Theme by Paganini.
I hope this collection of invaluable archive material will greatly add to your future enjoyment of the music of a very great composer.
 Tony Palmer