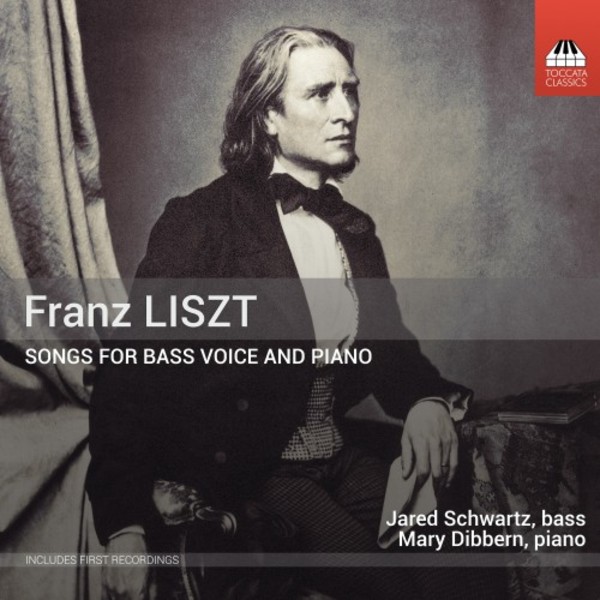 Liszt - Songs for Bass and Piano

Liszts songs are perhaps the most neglected part of his enormous output. Throughout his long career, his songs took a radical approach to form, eschewing convention in a search for a sincere musical response to each text. Liszts free-spirited creativity meant that a single song would often call on a range of stylistic devices, among them bel canto vocal lines, unaccompanied recitative, orchestrally conceived piano textures and audacious harmonic procedures. This first recording of his songs by a bass voice brings out both the power and poetry of Liszts remarkable imagination.
The American bass Jared Schwartz was born in Berne, Indiana, where he began piano lessons at the age of three, violin at seven and French horn at ten. He began a double major in pre-med and music at Bethel College, Indiana, then studied piano with Alexander Toradze and voice with Victoria Garrett, earning a graduate degree from the Eastman School of Music. For Toccata Classics he has already recorded albums of songs by Fauré and Flégier.
The American pianist Mary Dibbern is an internationally known specialist in vocal coaching and accompaniment and is currently the Music Director of Education and Family Programs for The Dallas Opera. She has been guest vocal coach at a number of European opera houses and served as Head of Music at the Minnesota Opera from 2009 to 2012.