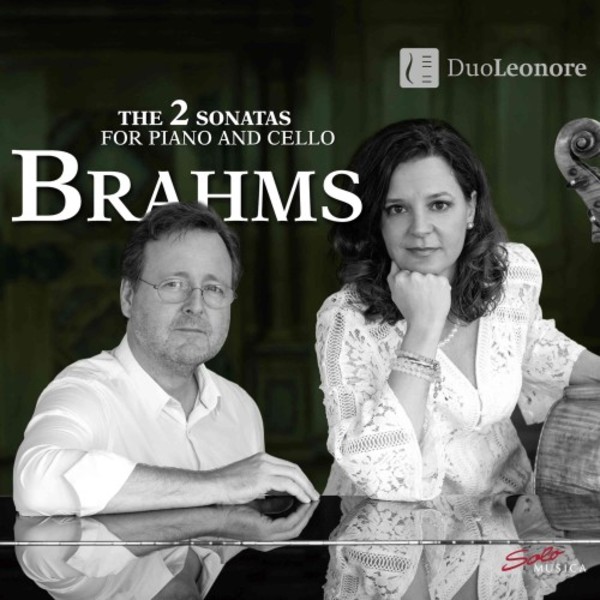 Johannes Brahms once stated himself that, besides learning the piano as his main instrument, he was also taught the violin, horn and cello during his early years. In any case, an early Duo for Pianoforte and Violoncello, which was later destroyed by the composer but is known to have been performed under the pseudonym Karl Würth in a private concert on 5 July 1851, marked the start of Johannes Brahmss life-long compositional interest in the cello, the second most prominent string instrument after the violin. In addition to the two particularly noteworthy Sonatas for Pianoforte and Violoncello on this CD, No.1 in E minor op.38 and No.2 in F major op.99, which are undoubtedly among the most important contributions to the cello sonata genre of the 19th century, special mention should also be made of the great cello solo in the slow movement of the second Piano Concerto in B flat major op.83 and the cello solo part in the famous Double Concerto for violin, cello and orchestra in A minor op.102, which was originally conceived as a concerto for solo cello, and the virtuosic cello solo at the start of the opening movement of the second String Quartet in G major op.111, which Brahms actually intended to be his last ever composition when he wrote it in 1890.

Maja Weber, cello, and Per Lundberg, piano, have been playing chamber music together for more than twenty years, mostly in piano quartets and quintets. Maja (also a Member of the Stradivari Quartet) plays the Bonamy Dobree-Suggia cello made by Antonio Stradivari in 1717. Pers activities as a concert pianist and chamber musician form the two main focuses of his artistic profile. As a chamber musician he performs in various ensembles across Europe. He works also with Sara Trobäck Hesselink and Claes Gunnarsson, who are respectively the leader and solo cellist of the Gothenburg Symphony Orchestra.