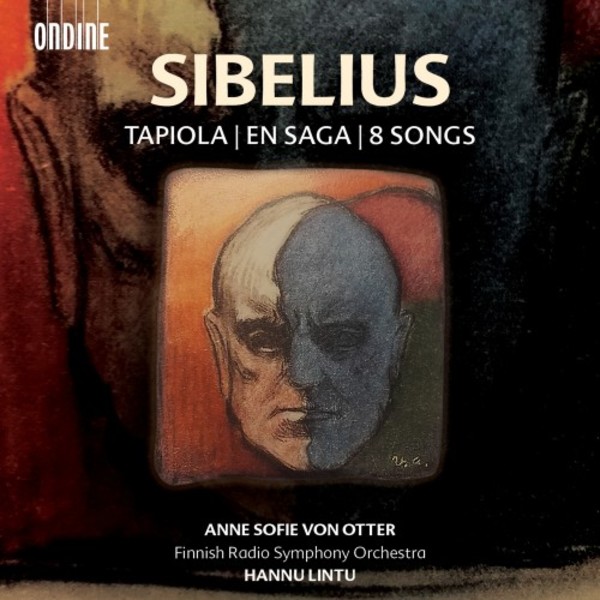 Sibeliuss tone poem Tapiola, written shortly after the Seventh Symphony, may be regarded as the culmination of a period that began with the Fifth Symphony, a period where Sibelius created music that grew organically out of tiny germs into huge processes. It was completed in 1926 and remained Sibeliuss last great orchestral work. In Tapiola, Sibelius appears to equate the primacy of nature with the value of art for its own sake, the unattainable truths of which remain uneroded by time or by the shifting ideals of mankind. Sibelius stated to his private secretary: My inspiration for Tapiola came wholly from nature, or even more accurately from something inexpressible in words.

The genesis of En saga, originally premiered in 1892, is also shrouded in mystery, and even later in life Sibelius was reluctant to go into any detail regarding its content. It is among Sibeliuss earliest orchestral works, and its original title in Swedish, En saga, refers to ancient Nordic tales of heroes and gods. Although En saga is among the most popular works by Sibelius today, the premiere of the work was not a success and Sibelius revised the score in 1902.

On the occasion of the 150th anniversary of Sibeliuss birth in 2015 composer Aulis Sallinen orchestrated a cycle of songs for mezzo-soprano Anne Sophie von Otter. This cycle of eight songs contains several less known songs in a cavalcade juxtaposing human emotions and innermost thoughts with the natural environment and experiences in nature.

Lintus Tapiola does indeed settle into one of the finest performances on record, reconciling the obvious with the mysterious, casting everything in various shades of darkness until it snaps or roars outwards, and, in the culminating shift to the major, equalling Leif Segerstams magical flooding of the soundscape with glistening, sideways forest light. ... Von Otters voice may have lost some brightness but it has gained storytelling capabilities with age, best demonstrated in Under strandens granar. Sallinens orchestrations only occasionally draw attention to themselves and sometimes Sibelius lurks unobtrusively behind them (notably in Sallinens deployment of the timpani). One of the most striking Sibelius discs for years.  Andrew Mellor
Gramophone November 2017