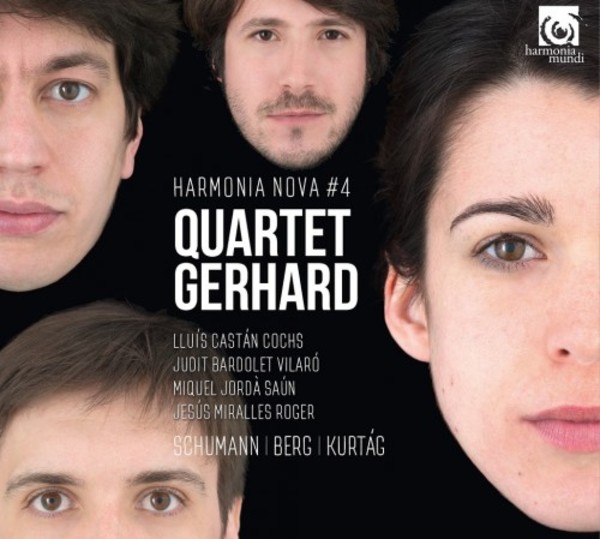 Our quartet is a story of friendship. We know each other since our childhood and we always have shared the passion for playing music and learning.

That decided us one day, around six years ago, to make playing quartets the main endeavour of our lives - because our common ardour was strong and because the differences between our personalities make our music making more vivid.

Robert Gerhard was a Catalan composer - he was born in Valls, which is very near our birth place in Catalunya - and he was a pupil of Schoenberg at the beginning of the 20th century. Thanks to Gerhard, people like Webern, or Schoenberg himself, were visiting Barcelona very often. One can read in their correspondence how amazed they were about the city and the culture at that time, just before the civil war and fascism killed any progress in Spain.

Thats why we took the name of Gerhard, because he was a resolute man; he joined the avantgarde movement of that time and he fought for his idea of music in a way we identify with.