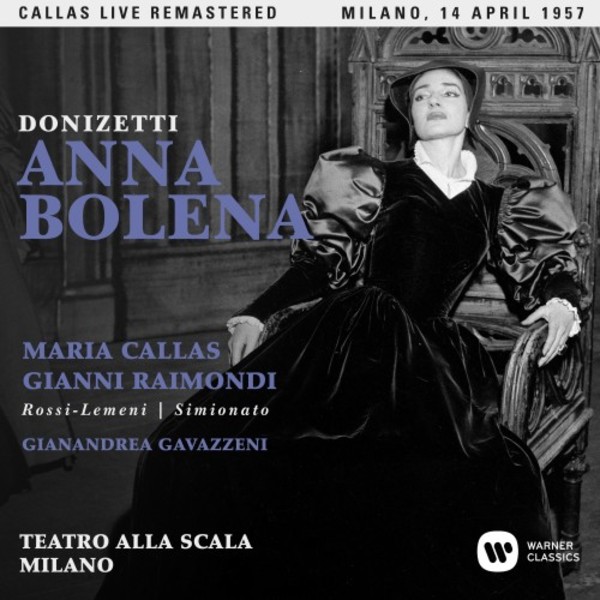 Maria Callass Anna Bolena at La Scala in 1957 was one of the absolute highlights of her extraordinary career. The performances brought new life to a bel canto opera that had long fallen out of favour. The central role was ideally suited to her talents and she once again had Luchino Visconti as her director. Annas rival, Giovanna Seymour, was sung by one Callass most trusted colleagues, the superb mezzo-soprano Giulietta Simionato. The conductor, Gianandrea Gavazzeni, described the production as a complete revelation of what I have always felt should be the ideal collaboration between stage and music.