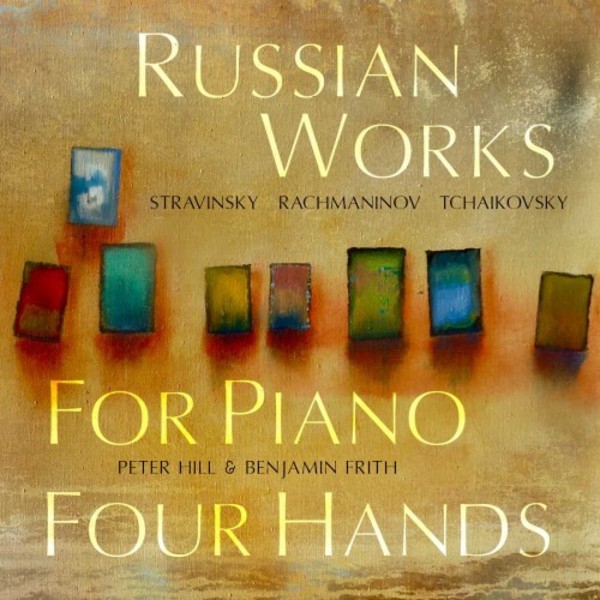 Sergei Rachmaninov, last of the great Romantic composers, and Igor Stravinsky, whose early scores for Diaghilev and the Ballet Russes revolutionised the musical world, had a shared fascination for the traditional music of their homeland. Rachmaninovs early masterpiece, the Six morceaux, op.11, already exhibits the sweep and grandeur of his maturity, while Stravinskys four-hands arrangement of Petrushka reveals this glittering ballet anew in a tour de force of pianistic virtuosity. Tchaikovskys hauntingly exquisite transcriptions of Russian folksongs, meanwhile, include two melodies later used by Stravinsky in The Firebird and Petrushka.
Peter Hill, whose Bach series for Delphian continues to attract superlatives, is here joined for the first time on the label by his long-term duo partner Benjamin Frith. Together they explore every facet of the art of the piano duet in performances of truly exceptional power, delicacy and authority.
Each player was acutely attuned to the sonorities realised by the other ... Rarely can this have been performed with such a raw and visceral quality, or clarity of colour and registration. Hills authority and Friths power made it unforgettable. - The Guardian, February 2015