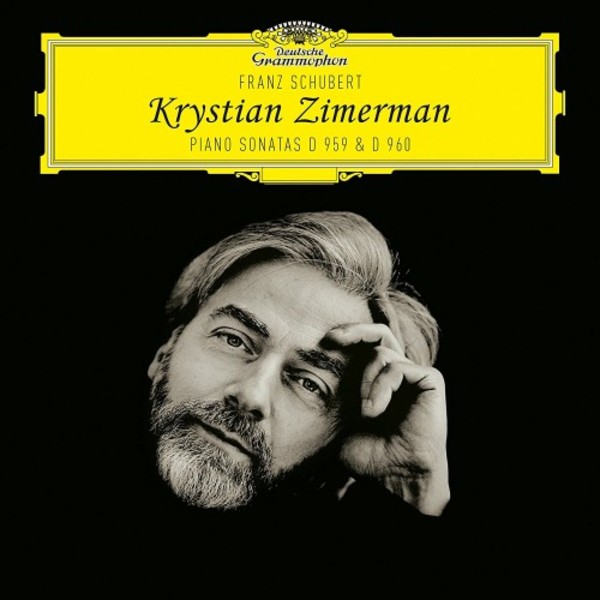 Legendary Krystian Zimerman Polish pianist in his first solo album for DG for over twenty-five years.

Revelatory readings of Piano Sonatas D959 and D960, Schuberts last major compositions for the piano before his death aged thirty-one.

Recorded at the Kashiwazaki City Performing Arts Centre in Japan in January 2016.

This album is set to take its place among the great Schubert recordings.

...this is one of those rare instances where [comparisons] are not needed, do not illuminate the argument. Zimerman, quite simply, sounds like no one else. Thats partly down to the instrument, having inserted into his Steinway a keyboard he has made himself. ...it also has a wondrous clarity in the bass and is intentionally lighter-actioned, to avoid what the pianist describes as the many repeated notes in Schubert  turning into Prokofiev. ... Time and again, Zimerman flouts received wisdom  his opening movement to D960 (of course with the repeat) sets off at a flowing pace but theres plenty of time for the unexpected. ... The Scherzo of D960 is fascinating  its elfin, yes, but rather than mere playfulness theres a gentleness to it. And rather than emphasising the contrasts of the Trio, Zimerman instead draws parallels between it and the Scherzo. ... This is a marvellously life‑enhancing release. Go and hear it for yourself.  Harriet Smith (Recording of the Month)
Gramophone October 2017