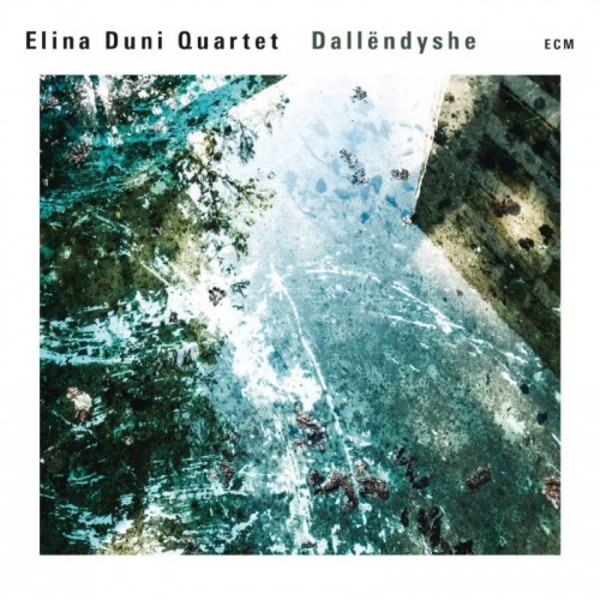 On Dallёndyshe (The Swallow), her second ECM album, Elina Duni sings songs of love and exile. The troubled history of the Balkan regions has inspired many such songs and the pieces here, primarily from Albanian traditional sources, are interpreted with intensity and insight by Elina and her band. The Tirana-born and Swiss-raised singer has become an exceptional musical storyteller embodying the songs narratives, in a way that transcends genre definitions and language limitations. This time there is a sense of lightness to the feeling and energy of the album, says Duni. Even though we are dealing with tragic themes of exile it is not as dark as [the ECM debut] Matanё Malit. In its sense of drive, Dallёndyshe opens up a different groove, a different momentum. Its become more rhythmic. Sometimes its almost a trance-like propulsion. The programme of Dallёndyshe also looks to the Albanian diaspora. The last two songs on the album, Ti ri ti ti klarinatё and the title track are, respectively, from the Arvanitas and Arbёresh communities of Greece and Italy. In the wider world Elina still finds herself asked frequently to define her music. It has clearly become more than a hybrid of jazz and folk. Dallёndyshe was recorded in July 2014 at Studios La Buissonne in Pernes-les-Fontaines in the South of France, and produced by Manfred Eicher.