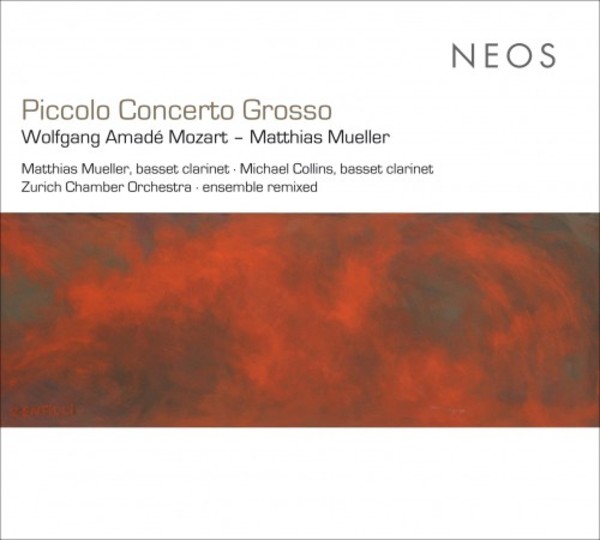 Matthias Mueller was born in 1966 and studied clarinet, composition and piano at the Basle Music Academy and has been a Professor at the Zurich Academy of the Arts (ZHdK) since 1996. He is one of the most versatile musicians of his generation.

He is internationally active as a composer, soloist, chamber musician, improviser, producer, pedagogue, researcher and entrepreneur. As a composer, his oeuvre consists of chamber music, orchestral works, music theatre and electronic music. As an interpreter, he performs the entire clarinet literature and has performed over 100 world premieres in collaboration with composers from all over the world. This recording premieres his Piccolo Concerto Grosso for two basset clarinets and orchestra, coupled with Mozarts more traditional Clarinet Concerto in A major and Muellers own composition, Octet which he composed in 2004.

He is joined on this recording by Michael Collins who has been committed to expanding the repertoire of the clarinet for many years. He has given premieres of works such as John Adams Gnarly Buttons, Elliott Carters Clarinet Concerto - for which he won a Gramophone award for his recording on Deutsche Grammophon - Brett Deans Ariels Music and Turnages Riffs and Refrains, which was commissioned by the Hallé Orchestra. Collins has also been awarded the Royal Philharmonic Societys Instrumentalist of the Year Award in recognition of his pivotal role in premiering repertoire by some of todays most highly regarded composers.