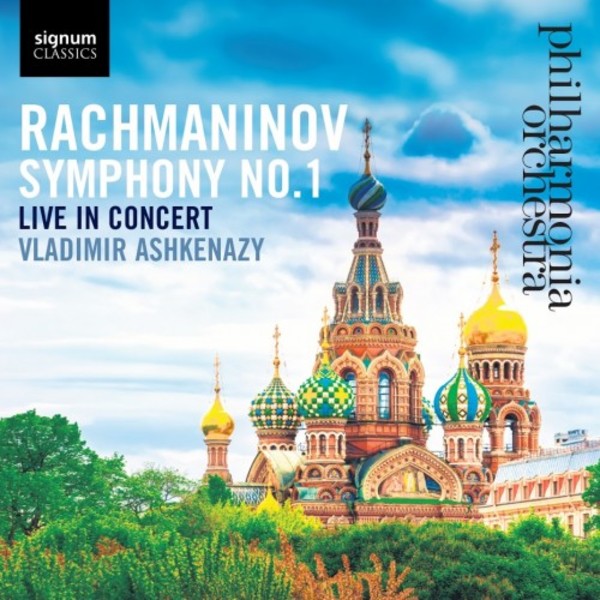 Marking their latest collaboration with conductor laureate Vladimir Ashkenazy, the Philharmonia return to disc with a stellar live performance of Rachmaninovs volcanic Symphony No.1 in D minor.

Composed when Rachmaninov was just 22, the First Symphony has a famously tumultuous performance history. The premiere in 1897 was a disaster, generating vitriolic abuse from critics and reviewers of the time. Rachmaninov destroyed the score and refused to publish during his lifetime; it was not heard again until its reconstruction by Soviet musicologists for a concert in 1945.

Between November 2015 and 2016, Ashkenazy conducted the Philharmonia in a cycle of Rachmaninovs three symphonies, plus the Symphonic Dances, across four concerts in the Orchestras London season. From the youthful invention of Rachmaninovs First Symphony to the Symphonic Dances, written 44 years later, Ashkenazy brings to life the music of a composer who, like him, felt his Russian identity deeply and yet spent so much of his life away from his homeland.

Rachmaninovs four masterworks will be released as part of a three-album series on Signum Classics throughout 2017 and 2018. This is the first release.

"This was a top-notch, utterly gripping account, and I loved every hectic bar." - The Times, November 2016

"This was a phenomenal rendition which gripped from first note until last." - Bachtrack, November 2016

"Throughout the night Ashkenazy was tireless, urging players with baton slashes, encouraging grins and pointed fingers... Afterwards, during the applause, came hearty handshakes and more grins. The night felt young." - The Times, November 2016