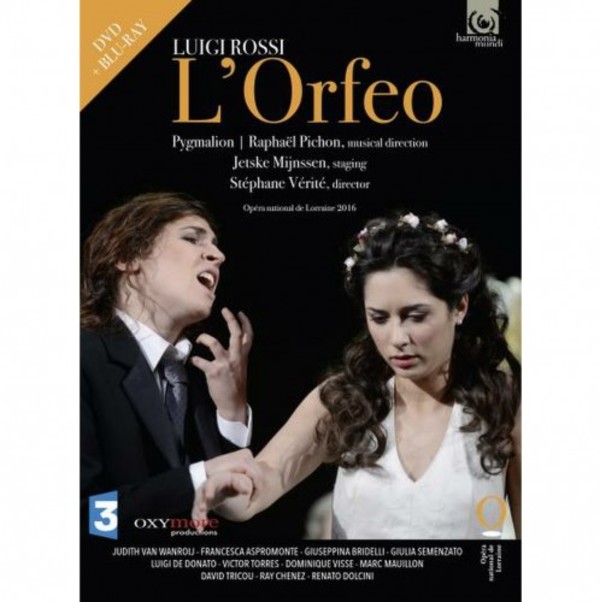 Raphaël Pichon recreates here this lost version of the the myth of Orpheus by Luigi Rossi. Jetske Mijnssens staging, live from the Opéra national de Lorraine in 2016, transposes the story into contemporary terms.

One very quickly realises that what we have here is a missing link, the work that forms the transition between Monteverdi and the bel canto of Cavalli...the cost of the works production was judged exorbitant, which is said to have to have stirred up resentment against Cardinal Mazarin, who commissioned it, and to have precipitated the events of the Fronde rebellion. Thus ended the French adventure of one of the greatest Italian composers, and the first opera performed in France was condemned to be forgotten and misunderstood.

...We modelled the orchestration on 'Il palazzo incantato', Rossis other opera, which meant scoring in five, seven or even nine parts. Rossis cantatas, a genre in which he excelled, and for which we have much more reliable sources, helped us with the partial rewriting of the basso continuo. We also had recourse to a tradition widespread at the time, namely the use of arias borrowed from other composers. Here, two canzoni by Cavalli and Ferrari, sung by two buffo characters, fit perfectly into the work....

We took account of all these different elements in asking ourselves if it was worth reviving. And the reconstruction brought us confirmation of what at first might have seemed no more than a simple intuition: we are dealing here with one of the greatest musical and dramatic masterpieces of the seventeenth century. - Raphaël Pichon (from the booklet notes)