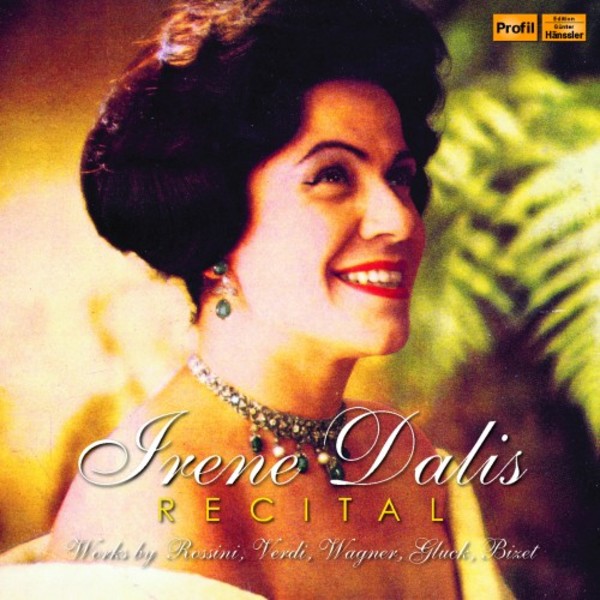 Despite her modest discography, Irene Dalis was a singer of global renown. She played the Nurse in the American premiere of Richard Strausss opera Die Frau ohne Schatten (The Woman Without a Shadow) in San Francisco in 1959 and did the same at the British premiere in London in 1966. She continued her stage career until 1977. She subsequently taught singing at her own studio. An Honored Citizen of the City of San José, she started to direct the citys opera company in 1984 and continued to do so for nearly 30 years. She retired from her office in 2014 and died after a brief illness. Since the two studio recordings reissued here are all that remains of her heyday as a singer, this recital, which was first released in 1960 (with the tracks in a different order), and the rare medley of Carmen pieces are to be treasured all the more.

The recital was transferred onto CD by remastering two LPs pressed by Telefunken (one a German edition; the other British). The Carmen medley was transferred by means of a mono LP pressed by Telefunken in Germany. By using modern technology, the remastering studio was able to eliminate nearly all the distortions on the original LPs. This sole surviving recital by the singer is highly coveted among collectors and music-lovers after decades of searching and is thus, alongside the Carmen medley, a valuable account of a great artist who can now be heard again.