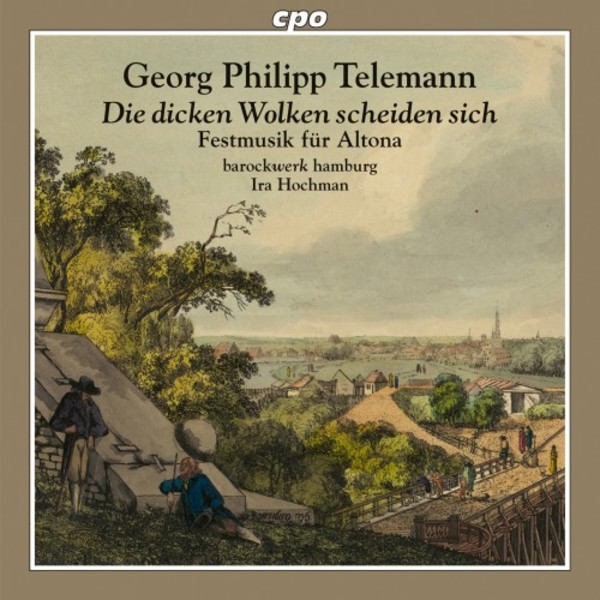 The discovery of Telemanns previously unknown Altona Jubel-Music von 1760 in an omnibus manuscript is remarkable in several respects. It was returned to the Hamburg State and University Library in 1998 from Armenia, where it had been deposited for wartime safekeeping.

Already immediately after the first performance of the work in Altonas principal church on 16 October 1760, an unknown reporter writing in the Altonaer Mercurius judged that it was a superbly beautiful composition. It is an outstanding composition ranking with the best works that Telemann composed during his last years. Until a few years ago it was also not known to what an astonishing degree Telemann had been active as a composer in Altona (at least twelve festive compositions written from 1741 to 1764), which then belonged to Denmark, or that at the time there was even a noteworthy musical scene in Altona. The two-part composition consisting of sixteen numbers to the text of an unknown poet honours King Frederick V of Denmark on the occasion of the hundredth anniversary of the hereditary sovereignty of the Danish royal house. - Jürgen Neubacher, University of Hamburg