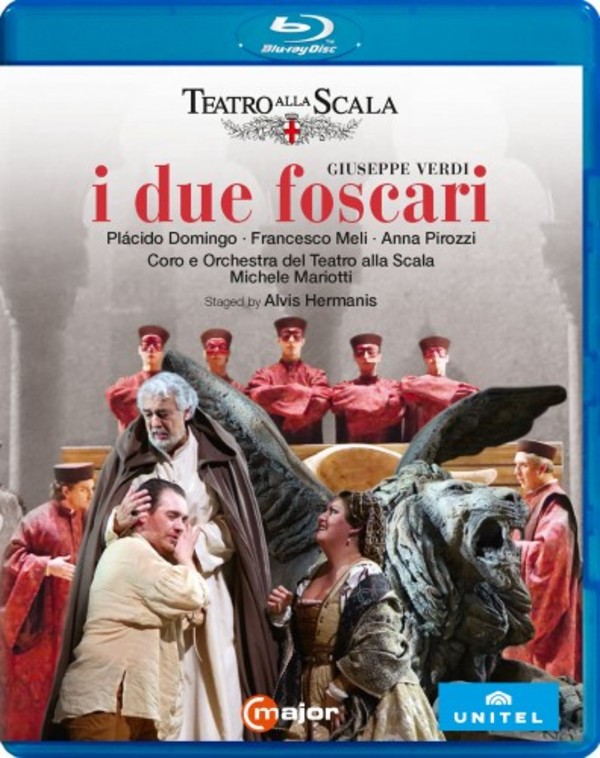 Verdi - I due Foscari (Blu-ray)

In his new life as a baritone Plácido Domingo has triumphed in the role of Francesco Foscari in Los Angeles, London and Vienna. Now he takes to the role in La Scala, Milan, the theatre that is the symbol of Italian opera. I due Foscari, premiered in 1844, famously one of Verdis darkest operas, is staged by Alvis Hermanis, who made such an impact at the Salzburg Festival with Die Soldaten and Il trovatore. Domingo is joined by two of Italys most exciting singers, the soprano Anna Pirozzi and the tenor Francesco Meli, and the acclaimed Italian conductor Michele Mariotti. The Financial Times was deeply moved by Domingos performance, calling his interpretation of the role sublime.

Bonus: Ioan Holender interviews Plácido Domingo on the occasion of I due Foscari at La Scala in Milan.