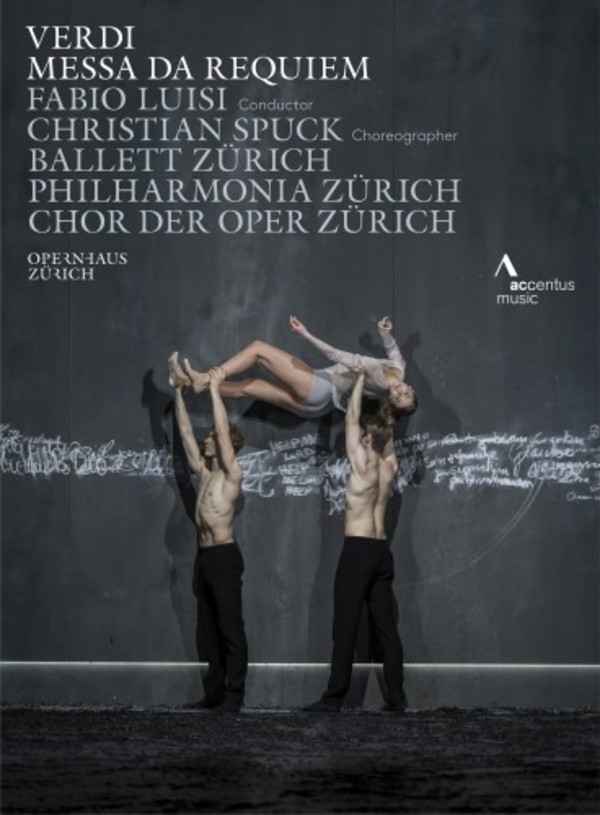 With the Messa da Requiem, Christian Spuck brought one of Verdis key works to the stage. In a large-scale co-production by the Ballett and Oper Zürich, the German choreographer and director ventured to portray an unusual interpretation of Verdis funeral mass in his scenic-choreographic production. 36 dancers, the choir and supplementary choir of the Opernhaus Zürich as well as four highly acclaimed soloists joined together under the direction of Fabio Luisi for 13 wide-ranging scenes dedicated to one of the most fundamental themes of humanity. Christian Spuck does not seek a mere religious interpretation of the liturgical text. Instead, he is interested in focusing on people who, in their vulnerability and helplessness, are in the search for comfort. In poetic tableaux he deals with basic human emotions and focuses on the feelings of fear, rage, pain, sadness and the search for redemption.

Recorded at the Opernhaus Zürich, December 2016