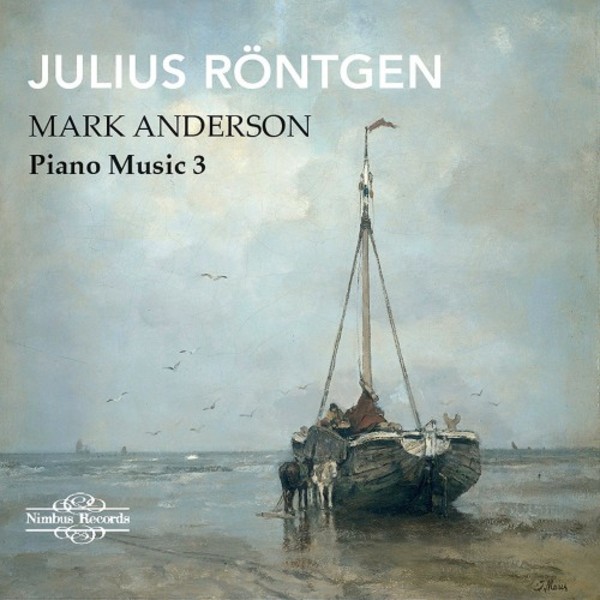 Julius Röntgen (1855-1932) was a prolific and versatile composer who composed over 600 compositions over the course of his life in every genre of his time, including film music. It was his command of polyphonic writing that encouraged his friend Johannes Brahms to express his hope that Julius Röntgen would be one from the younger generation of composers to carry German music into the future.

Mark Anderson has performed world-wide as a chamber musician and soloist, appearing with Sir Simon Rattle, Nicholas McCegan, William Boughton, George Cleve, Adam Fischer, and many others. Mark has given recitals in New Yorks Alice Tully Hall and Weill Hall, the Kennedy Center, the Phillips Gallery in Washington D.C., London's Wigmore Hall, and Zurich's Tonhalle. His performances have been featured on BBC Radio 3, the CBC in Canada, and on radio and television in Spain, Italy, Ireland, Japan and the United States. Mark is the founder and executive director of New World Music Academy in California. The academy continues to teach and inspire students of all ages and is a leader in innovative teaching techniques. He is currently Assistant Professor in Piano and Chamber Music at the University of British Columbia in Vancouver. He records exclusively with Nimbus Records and has released recordings of works by Liszt, Schumann, Brahms and Dohnanyi, Copland and Gershwin.