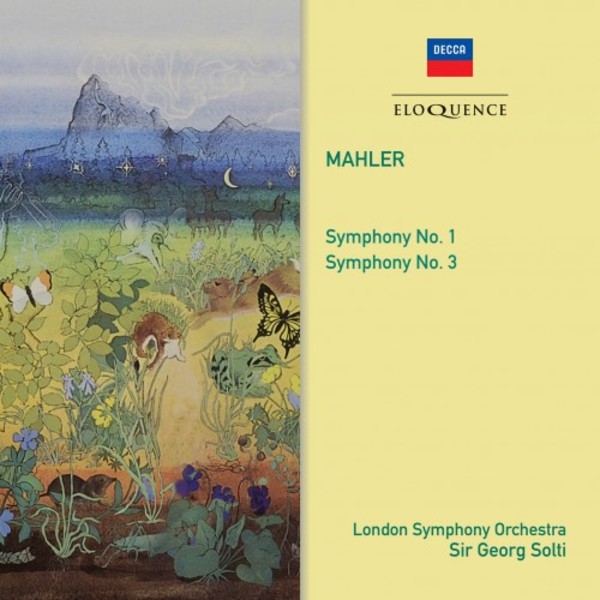 For years, admitted Sir Georg Solti to High Fidelity magazine in January 1967, Mahler bored me. He came to me, or I came to him, eight or nine years ago. Up to then his symphonies were all pieces and bits. Now I see their form. I love them. It is not enough to like music. You must love. And love means change.

By the time he was to record the First Symphony, with the London Symphony Orchestra, by modern standards he did so at a comparatively ripe age of 52. But the critics were immediately struck by the youthful dynamism of Soltis conception, which was entirely apt to a work conceived by a composer in his early twenties. When High Fidelity came to survey all the Mahler symphony recordings on record in September 1967, this version of the First was declared probably the best both in interpretation and in recording, even up against stiff competition from more experienced Mahlerians such as Jascha Horenstein and Rafael Kubelík.

So began one of the defining Mahler cycles on record. To begin with, it was an international affair, made with the principal orchestras of London (Nos. 1-3 and 9), Amsterdam (No.4), and Chicago (Nos. 5-8). The London and Amsterdam recordings were later remade in Chicago, during the digital era, but Soltis initial interpretations retain a special freshness. They are mostly swifter than the remakes, though not rushed. Slow movements such as the Third Symphonys final, glorious Adagio unfold naturally, with a sweeping passion that may be closer to the composers original conception than the dirge-like tread of many later interpreters. The Ninth has also been reissued by Eloquence on a complementary issue (ELQ4827163).

In the mid-1960s, too, the LSO was the perfect orchestra for the job: a virtuoso ensemble with a brass section famed the world over. It was the British orchestra of choice for the worlds Mahler interpreters, playing the symphonies in concert far more frequently than their rivals and making recordings such as these of phenomenal accuracy and intensity.

The London Symphony Orchestra under Solti play Mahlers First like no other orchestra. They catch the magical opening with a singular evocative quality, at least partly related to the peculiarly characteristic blend of wind timbres and throughout there is a wonderfully warm string tone. - The Penguin Stereo Record Guide

The spacious parts of the first movement and finale are given plenty of time to unfold unhurriedly, and the brashly triumphant ending is put across in real style, with the trumpets and horns hitting every note like a bulls-eye at a rifle range. As a combination of top-class recording, orchestral playing and conducting, this is one of the finest recordings I have ever listened to. - Gramophone, September 1964 (Symphony No.1)