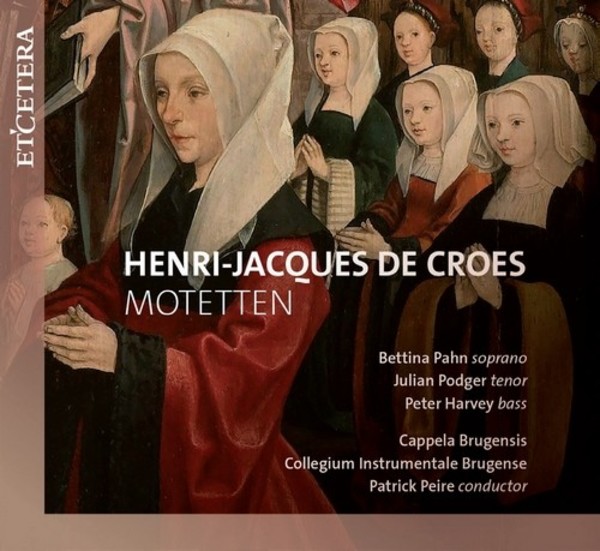 Henri-Jacques De Croes was baptized as the son of Henri De Croes and Anne Marguerite Hallandus on 19 September 1705 in Antwerp. In November of 1723, he became the first violinist at the Church of St James in Antwerp. He left this function in 1729 to enter into the service of the princes of Thurn und Taxis in Frankfurt. Later De Croes settled in Brussels, where he is registered in 1744 as the concertmaster of the court chapel of Charles of Lorraine. In 1746 he became the director and maître de chapelle of this chapel. De Croes died in Brussels on 16 August 1786. Only six motets and a few masses have been preserved from his rich oeuvre of religious music. Many of his instrumental compositions including trio sonatas, sonatas for strings and concertos for violin and flute, were published by Leclerc in Paris. The motets by Henri-Jacques De Croes have the structure of a cantata. Between the opening and concluding choruses there are generally two solo arias, sometimes introduced by a recitative or an arioso. The texts are a compilation of verses from psalms and hymns such as the Veni Sancte Spiritus. The many mistakes in case endings and the inconsistent spelling of certain words in the autograph would seem to suggest that De Croes had only a passing knowledge of Latin. The composers works are nonetheless worthy of merit and full of inspiring melodies and bold harmonies.