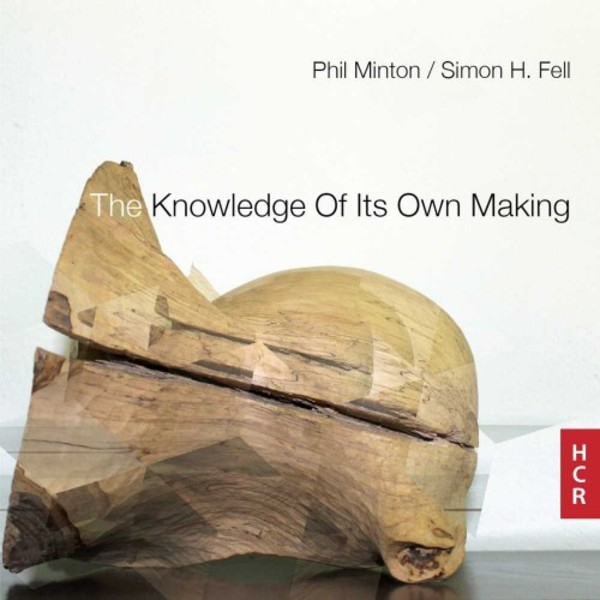 Minton & Fell - The Knowledge Of Its Own Making

The music Phil and I played during the concert recorded here was not determined in advance (except in respect to when and where we would play, and that in general Phil would mainly sing and I would mainly play the double bass); as this implies, we improvised both the form and content of the performance. But contrary to what some writers often assume, this doesnt necessarily denote elements of stream-of-consciousness, or moment form, or indeterminacy. Indeed I would suggest this is composed music in many senses of the term, but not composed in advance of performance. It is certainly determined in the sense that on the whole we decide what will happen, it doesnt just happen to us. As experienced improvisers Phil and I know what we are doing (although we dont always know what we are going to do). Admittedly, every now and then we might also do something we didnt even know we could do, but in the main we draw on our considerable individual vocabularies and structuring strategies to spontaneously produce unforeseen and unrepeatable constellations of sound with a malleable yet form-aware structure. For me this represents one of the ideal possible states of music-making - a musical voyage of discovery, without a map but with an erudite and companionable fellow-traveller! - Simon H. Fell

Simon H. Fell studied double bass under Peter Leah at Batley Grammar School and Huddersfield Polytechnic. By the age of 16 he was playing professionally, accompanying some of the world's most renowned cabaret performers at the legendary Batley Variety Club. He received his M.A. from Cambridge University in 1984, having studied at Fitzwilliam College. He is best known as a composer/performer in the fields of improvised music, contemporary composition and experimental jazz, where his reputation has grown consistently since 1983; he is described by the Penguin Guide To Jazz as "a very fine instrumentalist (with) a fine technique and a great flow of ideas." He has been awarded numerous Bursaries and Grants from the Arts Council of England and other organisations to further his performing technique and compositional studies, with the resulting work touring nationally in 1989, 1991, 1992, 1993, 1995, 1996, 1998, 2001 & 2005. Over 100 recordings of works/performances have been issued.

Phil Minton comes from Torquay. He played trumpet and sang with the Mike Westbrook Band in the early 60s - then in dance and rock bands in Europe for the later of part of the decade. He returned to England in 1971, rejoining Westbrook and was involved in many of his projects until the mid 1980s. For most of the last forty years, Minton has been working as a improvising singer in lots of groups, orchestras, and situations, all over the place. Numerous composers have written music especially for his extended vocal techniques. He has a quartet with Veryan Weston, Roger Turner and John Butcher, and ongoing duos, trios and quartets with above and many other musicians. Since the eighties, his Feral Choir, where he voice-conducts workshops and concerts for anyone who wants to sing, has performed in over twenty countries.