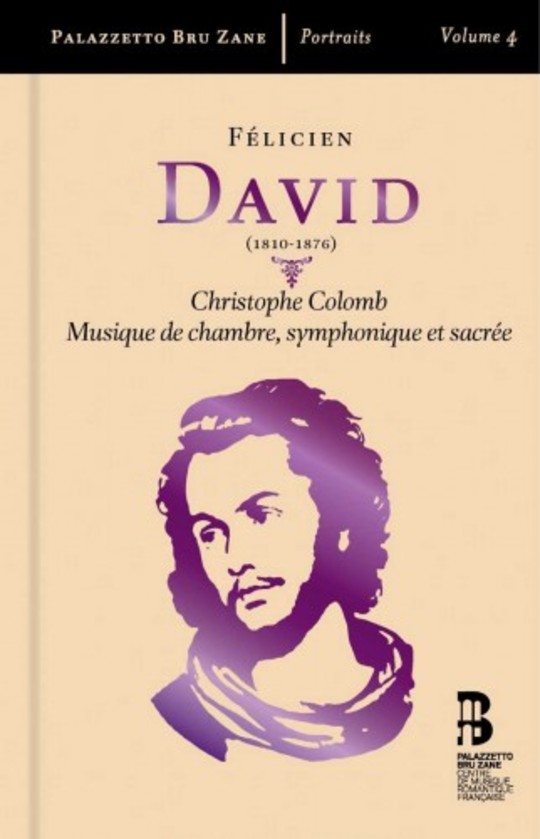 Each volume in the Portraits series is devoted to a French composer who has now largely been forgotten. With performances by many talentes artists, it presents a panorama of his works. The Portrait of Félicien David aims to complement the discography already available with world premiere recordings of the composers works. Among these are a glimpse of his orchestral output, with the Symphony no.3 and the Overture to his opéra-comique La Perle du Brésil, the work that really launched David on his operatic career. But it is above all Christophe Colomb (1847) that deserves mention, for this ode-symphonie with speaker was an ambitious follow-up to the success of Le Désert, performed at the Théâtre-Italien some years earlier. Nevertheless, this anthology does not forget that Félicien David was also a figure of the salons, admired for his intimate music and especially his songs. The programme therefore offers a chance to discover excerpts from the Mélodies orientales for solo piano, a selection of romances in the style of the 1840s, and the very rare early motets for chorus in varied scorings. The culmination of this Portrait is the restoration of Le Jugement dernier, which was intended as the concluding apotheosis of the opera Herculanum, but was finally deleted and has never been published until today.
Booklet contents (French & English):
- Ralph P. Locke: The many musical worlds of Félicien David
- Gunther Braam: Christophe Colomb, ode-symphonie (1847)
- Alexandre Dratwicki: Félicien David, from one genre to another
- Camille Saínt-Saëns: In memoriam Félicien David
- Christophe Colomb (libretto)
- Le Jugement dernier (libretto)
- Mélodies (poems)

The recording, like others in this series, successfully furthers our knowledge of an unjustly neglected composer.
MusicWeb International 8 November 2017

The performances are fabulous. François-Xavier Roth and Les Siècles mine the textures and sonorities of Christophe Colomb for all their worth. ... Hervé Niquet and the Brussels Philharmonic take over for the orchestral works and Le jugement dernier. The latter is edge-of-your-seat stuff, with the Flemish Radio Choir thrilling at full throttle. ... Its a fascinating and outstanding achievement: highly recommended.  Tim Ashley
Gramophone October 2017