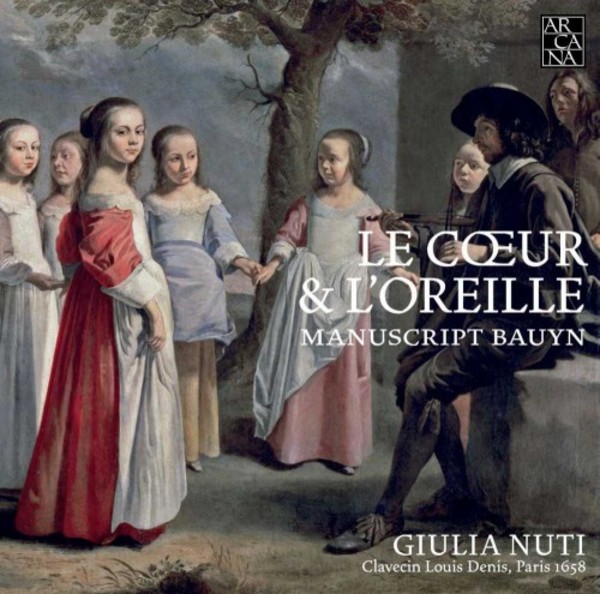 The Bauyn Manuscript, a key collection of seventeenth century harpsichord and other music, displays the influence of various schools of composition on the writing and performance of the great clavecinistes of the mid-seventeenth century. The recording includes works of Chambonnières and Louis Couperin, displaying their different styles which led Le Gallois (1680) to write that one touched the heart and the other touched the ear, as well as other contemporary composers such as Hardel and dAnglebert.
The Denis harpsichord of 1658 is the extraordinary protagonist of this recording, in which Giulia Nuti explores the expressive capacities of one of the earliest extant French double-manual harpsichords, displaying how instrumental refinement enables performance choices. The approach is that of Giulia Nutis award-winning first solo recording of eighteenth-century French harpsichord music, Les Sauvages, recorded on the Taskin of 1788, which received a Diapason dOr.
Hearing this music through the voice of the Denis harpsichord accesses the sound world in which these pieces belong and should be understood.