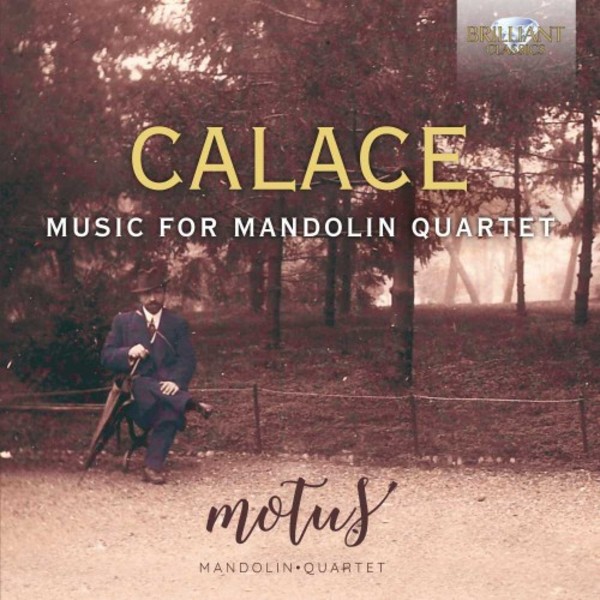 With concertos, duets, preludes, studies, sonatas and miniatures galore to his name, Raffaele Calace is a seminal figure in the history of the Neapolitan mandolin. He was born in Naples in 1863 into a family of luthiers, yet surpassed his father and grandfather in a reasonably long career dedicated to the manufacture and promotion of his instrument. After taking over the family workshop in 1905 he transformed it into a cultural centre that covered all aspects of music-making.

Alongside his fertile talent for composition displayed on this disc, Calace continued to innovate in manufacture, designing and producing a concerto mandolin which in range and volume would stand up to a fair-sized orchestra, thus enabling many other composers to write for the instrument. He also created a ten-stringed mandolon-cello and a bass archlute, which could replace the bowed double bass in mandolin orchestras. It was on this instrument that Calace was himself a noted virtuoso, and his own family followed his path; including his daughter Maria, to whom the albums opening Fantasia Poetica is dedicated, and his son Enzo, dedicatee of a lovely Idyll, op.58. Another son, Vincenzo, even attended the prestigious classes of Ferruccio Busoni in Berlin.

All the works here have an immediate charm, whether they are reflective in mood such as the Largo mesto (dedicated to Mussolini in its original version as the slow movement of a concerto for mandolin and piano), Slow Minuet and the albums concluding Elegy, straightforwardly exuberant (a Spanish Dance, op.105) or more ambiguously reflecting Calaces Neapolitan heritage, in the unstoppable energy of an early Tarantella and the Saltarello, op.79.

Having founded the Motus Mandolin Quartet in 2015, the four members belong to two generations of Neapolitan musicians. This is their first recording together. For them, it could have only one subject: Calace, the most charismatic musician in the history of our instrument.