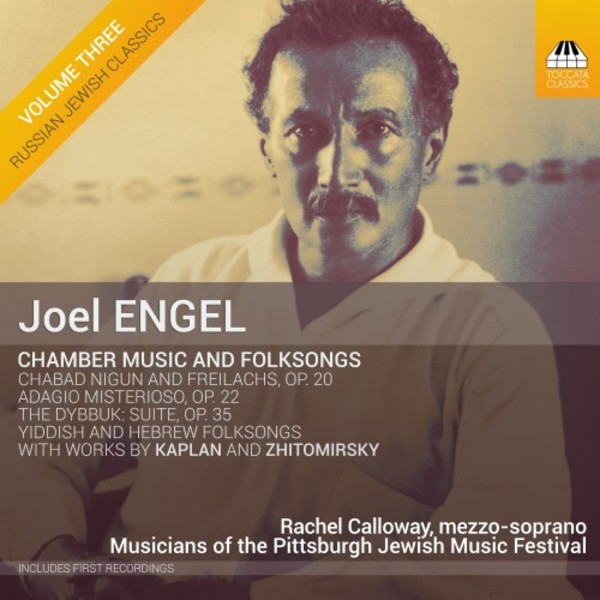 The Russian composer Joel Engel (18681927) is unofficially considered the father of Jewish music. He paved the way for a nationalist movement that that used Yiddish and Hebrew folk songs as the basis of a serious art-form. Well before Kodály and Bartók in Hungary, Engel went out to the shtetls of eastern Europe, writing down the villagers songs and then composed music inspired by his excursions. This first-ever album of his music reveals the melodic immediacy of these songs and instrumental pieces, capturing the soul of a people and a centuries-old vanished culture.

The musicians of the Pittsburgh Jewish Music Festival are the highest-calibre local professionals; players for the orchestral and chamber-music concerts include members of the Pittsburgh Symphony Orchestra, the Pittsburgh Opera and Ballet Orchestras, and faculty members of the music departments from Carnegie Mellon and Duquesne Universities. The Festival was founded in 2004 by the cellist Aron Zelkowicz. In its eleven seasons, it has programmed over 130 pieces of classical chamber and orchestral music inspired by Jewish traditions. The recordings on this CD series represent a six-year project devoted to the St Petersburg Society for Jewish Folk Music and its affiliated Russian composers. The Festival website can be found at www.pjmf.net.