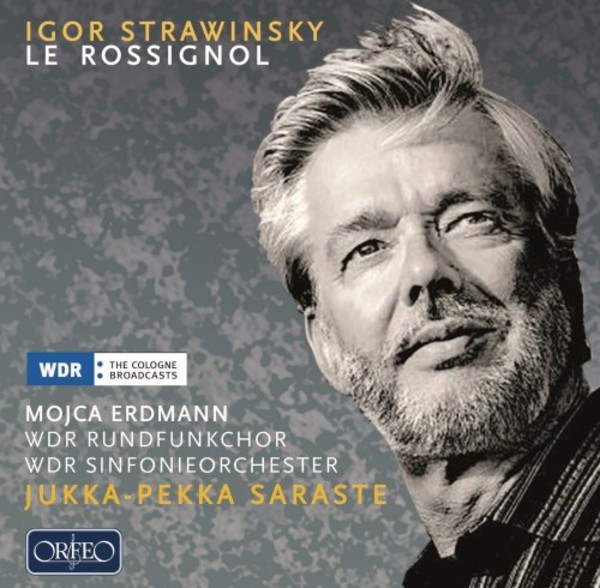 Igor Stravinskys later stage works Mavra (1922), Oedipus Rex (1927/28) or The Rakes Progress (1951) are more than matched by his early 'lyrical fairy tale in three acts' Le Rossignol, which occupies a special place  due to its brevity at scarcely 45 minutes. It is also unusual for the fairy-tale subject matter, based on a story called The Nightingale by Hans Christian Andersen; for its language  the original was Danish, this recording features the Russian version, yet it was premiered in French in Paris in 1914; and for its style, especially since there was a significant gap in time between the composition of the first and the other two acts, a fact that the composer was admittedly able to justify from a point of view of the shaping of the plot, since the cold atmosphere of the Chinese emperors royal household required a quite different musical approach to that of the beginning and end of the tale. The emperor, who is first enchanted by the birds song, then banishes the real thing when visiting emissaries present him with a mechanical nightingale which he names 'first singer'. When the emperor later falls ill, the nightingale returns to sing to him, and saves his life.

Stravinskys sophisticated musical chinoiserie, which - despite the large orchestral formation - always sounds like chamber music, is in the safest of hands with the WDR Symphony Orchestra of Cologne under the baton of Jukka-Pekka Saraste. The singers too deliver a brilliant and incisive performance: above all, Mojca Erdmann, whose lyrical coloratura soprano delivers vocal embellishments, high tessitura and ability to effortlessly hit top notes up to D flat and D, thus perfectly conjuring up the almost inspired twittering of a nightingale  to lyrics, no less. The dramatic soprano Marina Prudenskaya as the Cook and alto Mayram Sokolova as Death both lend a darker tone to the story. The Fisherman from the framework plot (tenor Evgeny Akimov) is a convincing idiomatic narrator, while the baritone Vladimir Vaneev gives a fine reading of the Emperor.

Six short, finely instrumented songs by Stravinsky, sung by Katrin Wundsam and Hans Christoph Begemann, including two arrangements of poems by Verlaine that exude a Debussy-like flair, complement this CD, adding a real gem to the otherwise modest discography of Le Rossignol.