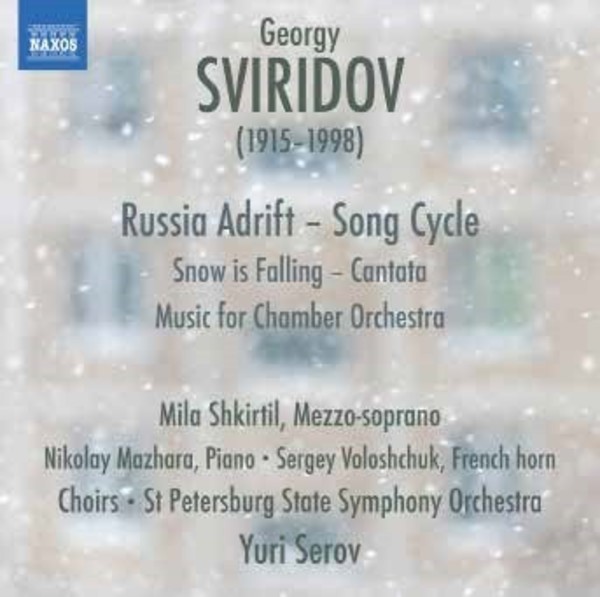 Georgy Sviridov (1915-1998) was a celebrated figure whose vocal works, along with those of his teacher Shostakovich, are considered to be among the most important in twentieth-century Russian music. His small cantata Snow is Falling includes passages of hypnotic stillness as well as folk-like warmth, while the major song cycle Russia Adrift evokes landscape, mysticism and religious faith, ending in a solemn hymn to the Motherland. Sviridovs prolific output included symphonic suites as well as theatre and film scores. The angular and impassioned Music for Chamber Orchestra reveals his mastery of non-vocal music.

This is the world première recording of Russia Adrift in its version for soloist and symphony orchestra. Its been recorded in the original version for mezzo and piano. Georgy Sviridov originally turned to Eduard Serov to produce an orchestral version of the work though in the end it was produced by someone else. Eduard Serovs son Yuri conducts the recording and dedicates it to the memory of his father.

Yuri Serov has two other releases on Naxos, with the recording of Mikhail Kuzmins Sacred Songs and incidental music (8573192) and the orchestral works by Boris Tishchenko (8573343). The Tishchenko album also features Mila Shkirtil and the St Petersburg State Symphony Orchestra.