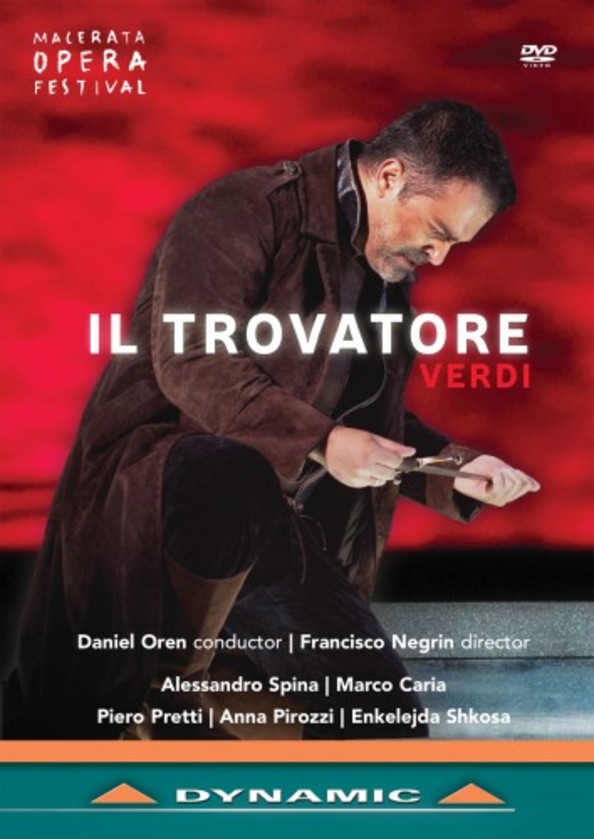 Written for exceptional singers, Il trovatore has remained popular ever since its first performance at the Teatro Apollo in Rome on 19 January 1853, when even the toughest critics were convinced of its place in the repertoire. People are attracted to Il trovatore because of its rousing melodies, its brutal, powerful plot, and its simple structure: elements that make it one of the best examples of Verdis theatre pieces. Recorded live at the Sferisterio theatre of Macerata in the summer of 2016, under conductor Daniel Orens vibrant and incisive direction, this production boasts a first-rate cast and elegant direction from Francisco Negrin. The sets and costumes by Louis Désiré and lighting by Bruno Poet were well received by the Sferisterio audience.