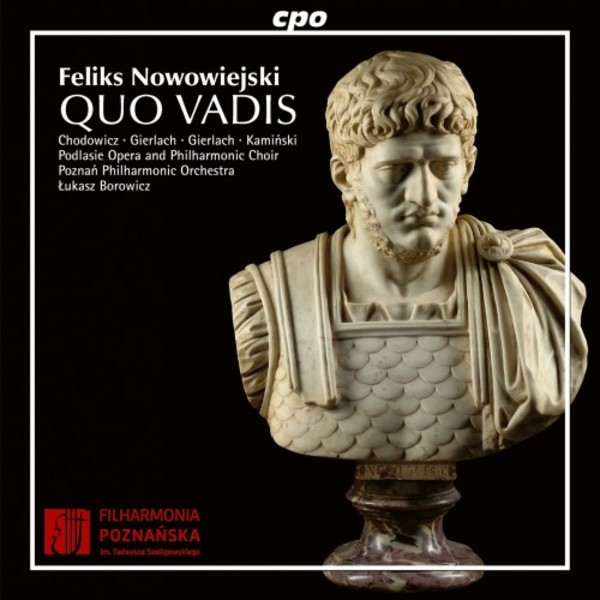 A hundred years ago it was absolutely the greatest hit everywhere in Europe  the oratorio Quo vadis by Feliks Nowowiejski, based on Henryk Sienkiewiczs novel of the same name and magnificently scored for soloists, mixed chorus, organ, and orchestra. CPO are now releasing this gigantic work in an interpretation by the Poznań Philharmonic under the conductor Łukasz Borowicz and with outstanding soloists and the Chorus of the Podlasie Opera and Philharmonic of Białystok. Nowowiejski composed his oratorio in 1903, and during the following thirty years it was performed more than two hundred times throughout Europe and in North and South America  not least because its literary source, Henryk Sienkiewiczs novel with this title, was very well known. The Polish writer Sienkiewicz was awarded the Nobel Prize for Literature in 1905, and the popularity of his novel Quo vadis must have substantially contributed to this decision. Many of Nowowiejskis works are the expression of a quest for identity, and here the oratorio Quo vadis leads the search. After all, it embodies generally humanistic values  like Sienkiewiczs literary oeuvre  and was and is situated beyond the realm of partisan politics.